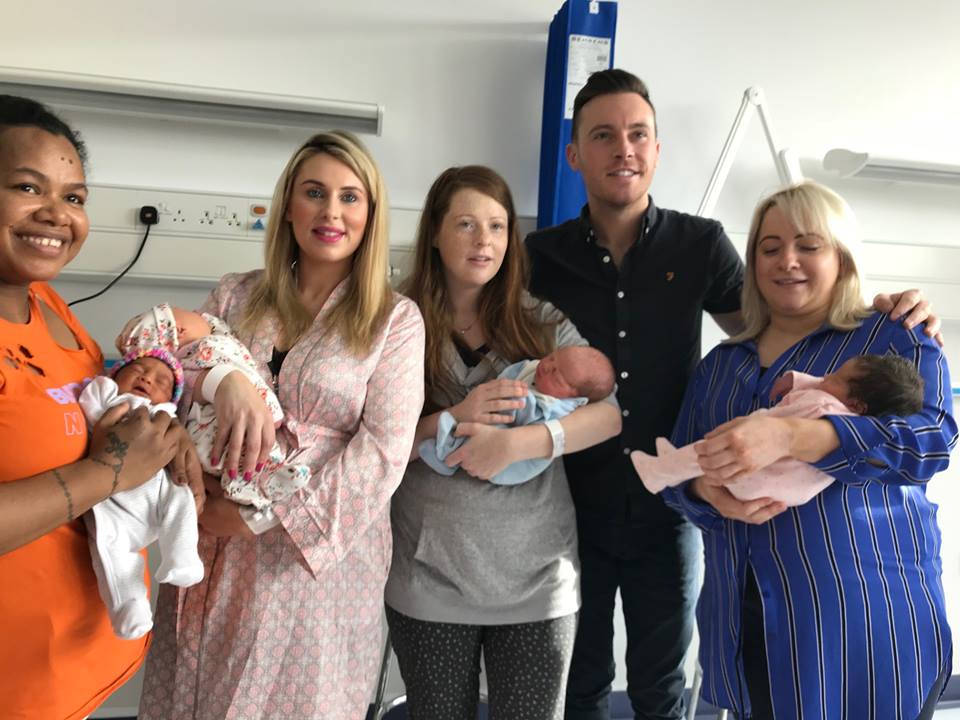 How’s this for an unexpected arrival? It really was a case of ‘Rock Me Mamma’ as the Liverpool-born star spent time with the new mums and staff on the maternity ward.

Much to their delight, he serenaded them with ‘Wagon Wheel’ and ‘Shut Up and Dance’.

And he also spent time brightening up the day of the young people on the children’s ward.

Nathan was there to promote his forthcoming appearance at the Shamrock Solstice, a unique event.

It is due to take place at Shamrock Park, in Portadown, on Saturday, June 23.

And, as Nathan himself confirmed, he told those on the wards at Craigavon today that some of the proceeds from the gig will be going to “this fantastic hospital”.

Having had a “great day singing at Craigavon Area Hospital”, he appealed to all to come along to Shamrock Park for a great gig and to help support a very worthy cause.

The show is due to start at 7pm.