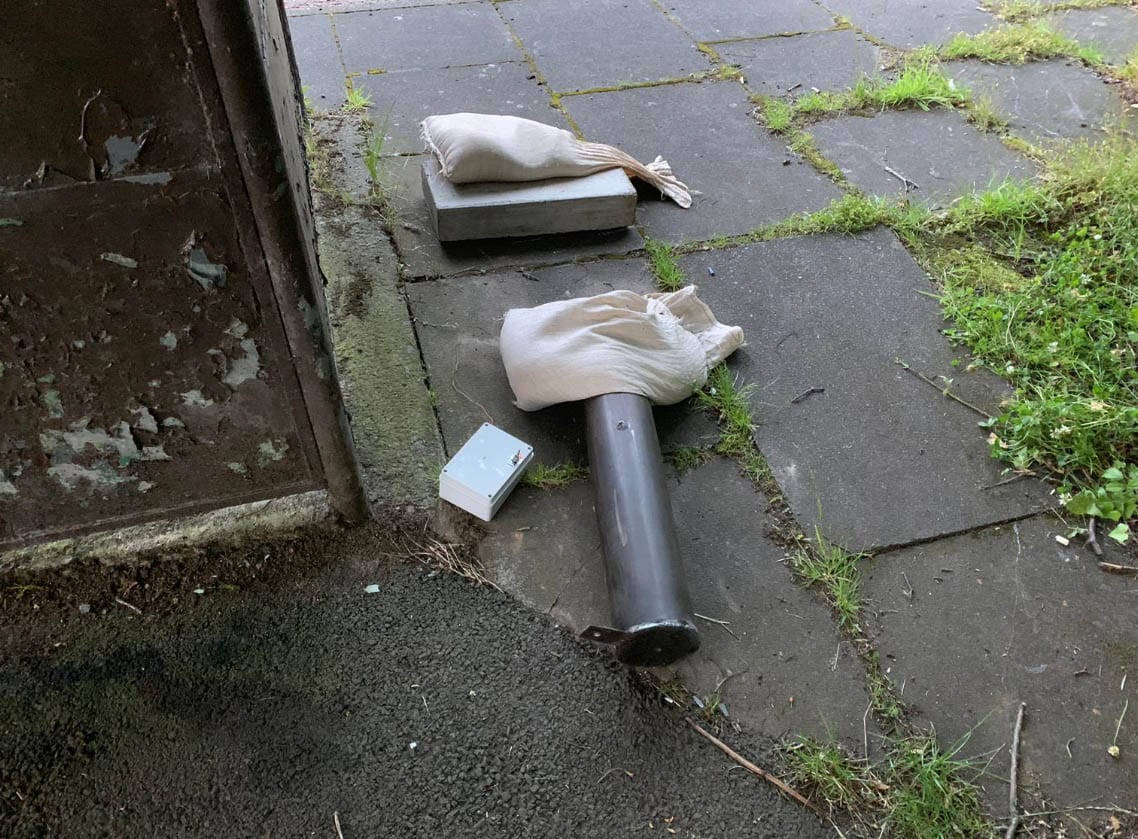 Police investigating an attempt to murder police officers in Craigavon almost two weeks ago have carried out searches today (Wednesday) as part of their investigations.

And a number of items have been seized as a result of the operation.

Detectives from PSNI’s Terrorism Investigation Unit are investigating the device that was planted in Craigavon on Friday, July 26, and have confirmed they have carried out “three proactive searches in the Lurgan area earlier today”.

Detective Inspector Adrian Brown said: “At around midnight on Friday 26 July, dissident republicans attempted to lure police to the area of the Tullygally Road in Craigavon where a booby-trap device was placed and designed to explode if moved or touched.

“If this device had have exploded, as those responsible had murderously intended, it would have been catastrophic for anyone in the immediate area and we could have been dealing with loss of life.

“Whilst there is no doubt that this was an attempt to target police officers, the reality is that anyone could have been caught up in the carnage.

“As this was a Friday night, this included teenagers and people out socialising in the local area, as well as local residents. We continue to appeal for information in relation to this incident.

“I want to make an appeal about the device – this had to be made by someone and then transported to the area. I would ask anyone who has any information about suspicious activity in an outbuilding or garage in the days or weeks coming up to Friday 26 July, or any unusual activity or vehicles acting suspiciously in the area of Tullygally Road on or before the Friday night to get in touch with detectives.

“I also want to make a continued appeal in relation to a suspicious person who was seen running away from the in the area of the bus stop at around 11.45pm on the Friday night, 26 July.

“They are described as being between 5’6” and 5’9” tall, of slim or medium build and believed to be aged in their late teens or early 20s.  They were described as wearing a light grey or beige long sleeved hooded top with the hood up and their face covered.

“They are reported to have made their way from the bus stop into open ground that borders the Tullygally Road, Aldervale flats and Drumglass Estate in an area known locally as the Black Path.

“I would appeal to anyone who saw this individual in the area or in the wider Craigavon area that night or in to the next morning to please contact detectives on 101 or by calling the Crimestoppers charity anonymously on 0800 555 111.”