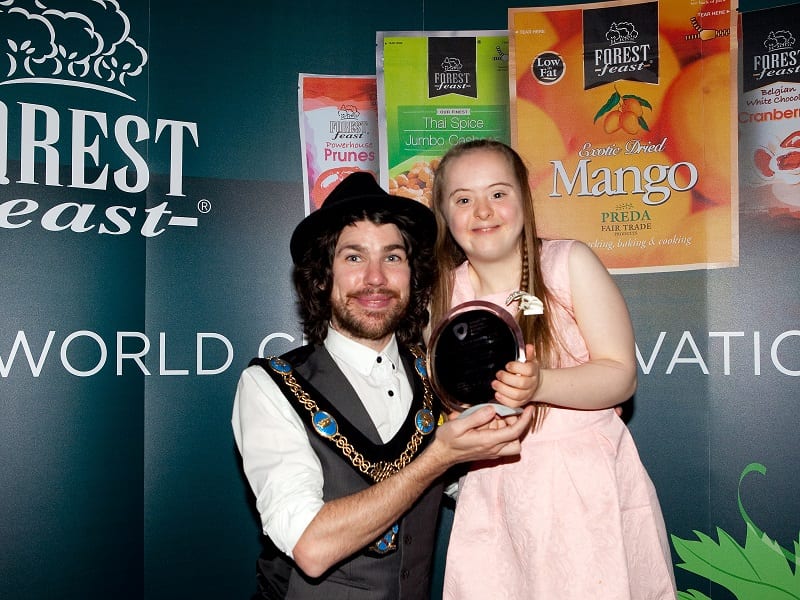 Over 445 people gathered at the Armagh City Hotel on Wednesday 28 September to celebrate what was an unforgettable year of sporting glory at a local level as the second Armagh, Banbridge and Craigavon Junior Sports Awards 2016 honoured the rising sporting stars of the Borough.

The prestigious event, which was compered by Joel Taggart from BBC Sport with special guests from the Belfast Giants, featured a total of 86 nominations, shortlisted across 12 categories. This wealth of talent demonstrated that the Borough has a vast, rich and diverse pool of young people who merit recognition for their outstanding sporting achievements and performances throughout 2015/2016.

The ceremony was hosted by Armagh City, Banbridge and Craigavon Borough Council and was organised in partnership with Armagh, Banbridge & Craigavon Sports Forum. The evening brought together amateur athletes, coaches and volunteers recognising and rewarding their achievements and celebrating their commitment to and excellence in participation and performance.

Speaking to the young nominees at the awards the Lord Mayor of Armagh City, Banbridge and Craigavon, Councillor Garath Keating, said, “I am delighted to be here with you all this evening to celebrate your achievements. All of you are here because of your hard work, commitment and dedication which has enabled you to excel in your sport of choice. You are an inspiration to us all’.

The Sports Forum were overwhelmed by the volume of nominations and the exceptionally high standard which included Ulster, Irish, and Great Britain representation and competitors at European and World Level. Council and the Sports Forum extend their thanks to the headline sponsor for the event Forest Feast and to each of the individual category sponsors.

Tim McVicker, Commercial Director at Forest Feast, said: “Forest Feast was delighted to share in the achievements of all those involved in the ABC Junior Sports Awards – the young sports stars, their parents and the coaches that have supported them all on their journey to success.
“Supporting local organisations and encouraging young people to adopt healthier lifestyles is high on our list of priorities as a local company and employer but many of us are also parents ourselves, and we feel very passionate about supporting young people to get into sport and fitness. We want to again congratulate every junior athlete nominated and all those who won on the night and would like to wish them all the very best of luck in all of their future sporting sporting pursuits.”

The awardees recognised at this year’s awards ceremony include: