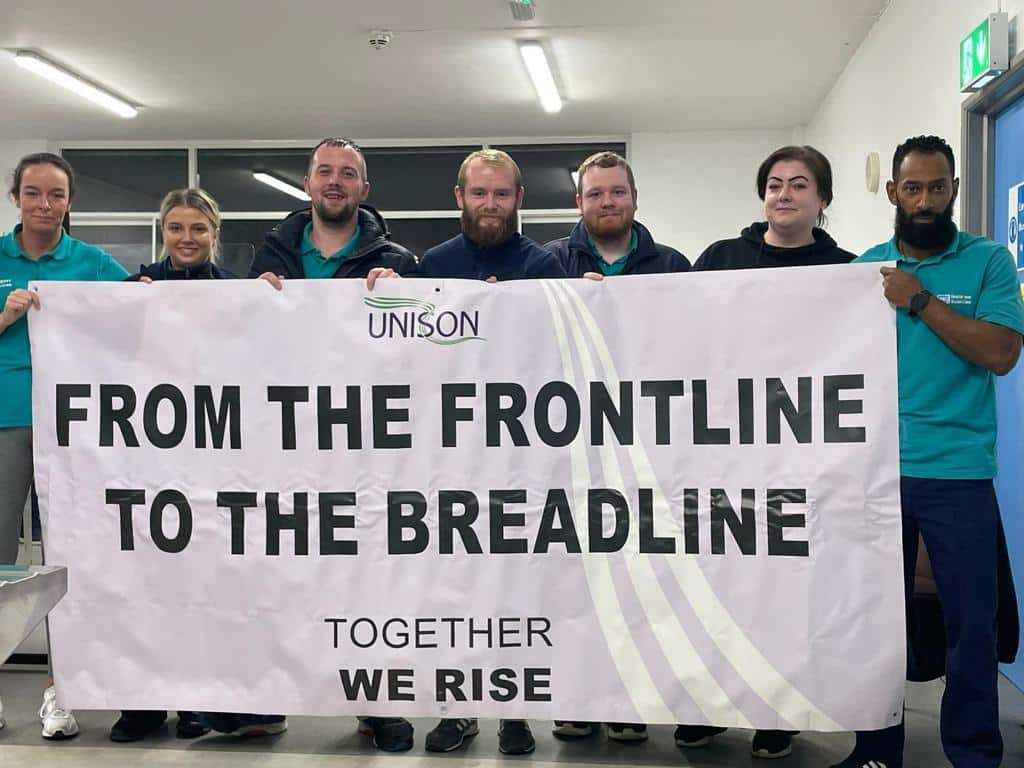 A winter of discontent looms for disenfranchised health workers after Nipsa and Unison members voted overwhelmingly in favour of industrial action.

And in line with the National Trade Union Side’s call for an inflation-busting pay rise, NIPSA and Unison, have met to co-ordinate the action of the forthcoming industrial Action, expected in early December, while other unions continue to consult their members.

They will join members from The Royal College of Nursing (RCN) which has already announced plans for a walkout over pay and conditions.

Anne Speed Unison’s Head of Bargaining and Representation said: “Of the thousands who voted over the last three weeks more than 97% have voted to take strike action and action short of strike. Our Health Industrial Action Committee have met and are making plans to implement this mandate from early December

“Our politicians and employers should be concerned with putting NHS pay right now.

“Staff are exiting the service and without urgent movement on pay, many more will follow suit.

“Our health services are in a dire state, with too few staff to deliver safe patient care. That’s why hundreds of thousands of NHS employees have either voted to strike over pay and staffing. “There can be no ignoring the fact that health services across the UK are on the verge of a damaging dispute. The Westminster government’s focus should be on how to keep experienced staff in their jobs. They can do this with a wage rise that better reflects the harsh economic reality for working people. Our politicians in Northern Ireland should be ensuring that funding and resources are delivered. The Executive should be restored and the mechanisms in place to make this happen.

“Workers do not easily take to the picket lines but when all other avenues are shut down they will turn to their trade unions to stand up with them and for them.

“The cost of living crisis is imposing additional burdens on an overstretched and undervalued workforce. Employers must not stay silent and all those with influence and leverage must act together to ensure that health workers in Northern Ireland do not remain left behind.”

Nipsa’s Deputy General Secretary, Padraig Mullholland, said “The Industrial Action in December will be hard hitting but our members have no choice but to defend our National Health Service, for too long members have held together a system that is in crisis so that our communities get a decent service.”

Nipsa’s Assistant Secretary, Terry Thomas, added: “Fair pay, safe staffing and fair travel rates are at the heart of our dispute, our members have had enough and have made it clear that action is now necessary to redress the balance caused by years of underfunding and under inflation Pay cuts.”