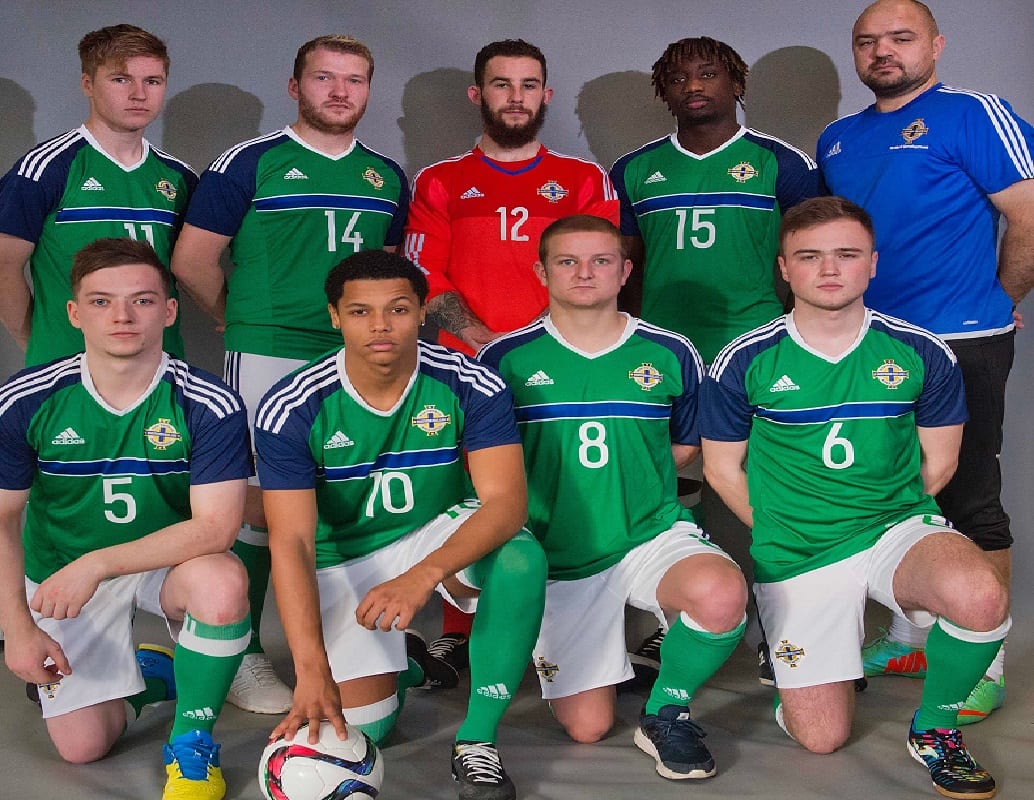 Futsal is a form of five-a-side football officially recognised by UEFA and FIFA, and over the last few months, players from all over Northern Ireland took part in trials and training with the aim of joining the final line-up.

Four of the players were spotted and selected to attend trails by playing in the Community Champions League Programme. As well as providing football training skills, the 10-week five-a-side football programme for men aged over 16 offers workshops on confidence-building, mental health and good relations. The programme is part funded by The Executive Office and delivered by the council’s Good Relations and Sports Development departments.

Two players were also graduates of ‘KickBack’, a programme for unemployed young men, funded by the Department for Communities and delivered by the council’s Sports Development department.

Coach Darius Dielininikaltis from Armagh commented: “It is a great opportunity for these young men to be part of the first ever Northern Ireland Futsal squad. It will be challenging for us to come up against England, Scotland and Wales but we have trained well over recent weeks and we’re looking forward to the challenge ahead.”

Councillor Glenn Barr, Chair of the Leisure and Community Services Committee said: “All our community sport programmes encourage participation in physical activity, but it’s about more than that – we make sure participants have every opportunity to excel and develop themselves on and off the pitch.

“There’s no shortage of success stories from the Community Sport Programme; from participants joining local tennis clubs to representing Northern Ireland at junior level football. I wish the squad the best of luck in the tournament and look forward to future successes.”

The next Community Champions League begins on Sunday 15 January 2017 at 12 noon in Portadown People’s Park and is open to men aged over 16 from throughout the borough. To register or for more information on all Community Sport Programmes, contact Alex Clifford Alex.clifford@armaghbanbridgecraigavon.gov.uk.