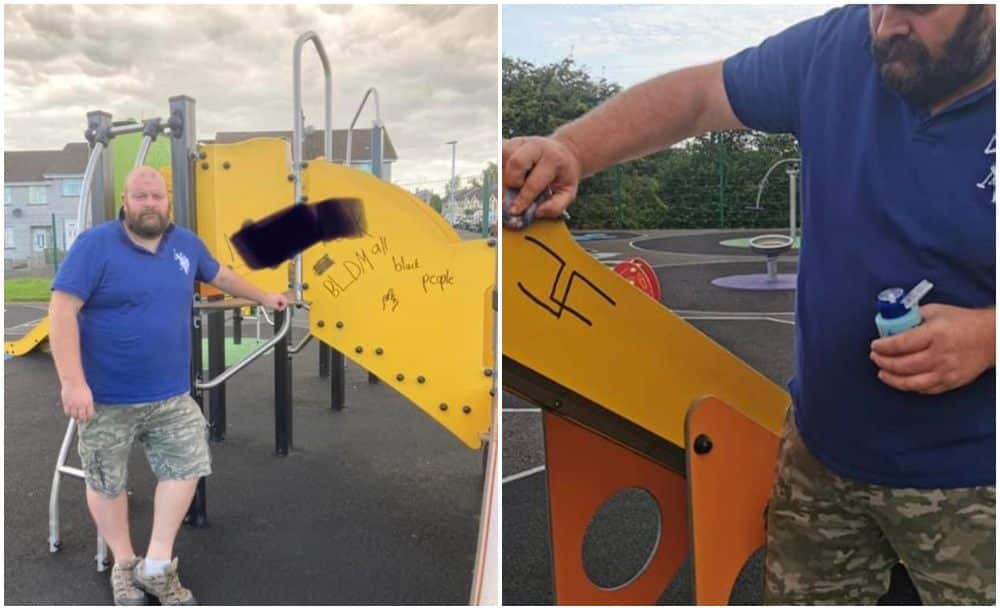 Armagh City, Banbridge and Craigavon Borough Council has condemned the vandalism that has taken place at least twice this summer at a play park in Waringstown.

The play equipment was daubed with offensive material, including an attempt at a swastika – an ancient religious symbol that has become synonymous with the Nazi Party and neo-Nazis.

“These are some shocking things to write anywhere, let alone a children’s play park.

“Council will be out to give it a thorough clean but I did manage to get rid of the worst of it.

“I just can’t comprehend what goes through people’s heads.”

A Council spokesperson confirmed the local authority had removed the graffiti the day after it was reported and warned that anyone caught committing these acts of vandalism, which they claimed are on the rise in the borough, will be reported to the PSNI.

“The graffiti which recently appeared in Waringstown play park was cleaned and removed by council staff the morning after it was reported, an unfortunate incident which has now occurred twice at this spot,” said the spokesperson.

“It has been noted that there has been an increase in graffiti across the borough over the summer months. Play parks and public spaces are for the benefit of all members of the community.

“Vandalism due to graffiti or other means is totally unacceptable, creating an unsightly and unwelcome environment plus creating cost implications each time it has to be addressed.

“Armagh City, Banbridge and Craigavon Borough Council strongly condemn these acts of vandalism and anyone caught causing criminal damage to play park equipment will be reported to the PSNI.”