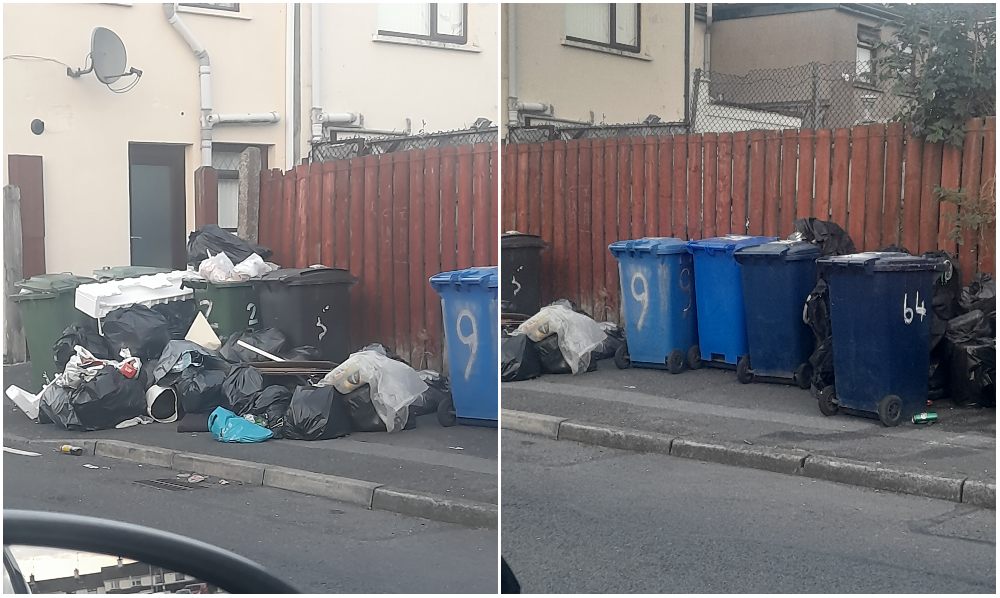 Despite many repeated claims to the contrary, Armagh, Banbridge and Craigavon Borough Council will not be refunding any residents who have paid a private contractor to come and lift their bins.

The questions were asked of Armagh I on several occasions over the last 48 hours and many people have been posting online stating this as a fact.

We put the question to ABC Council and they have confirmed that it is simply not true.

The industrial action, being carried out by GMB, Unite and Nipsa unions, is nearing the end of the third of four weeks.

Talks have been ongoing today to break the deadlock but there have been no reports of a positive breakthrough heading into the weekend.

Meanwhile, residents in Lurgan have been left fearing a vermin infestation.

This was the scene in the Shankill estate, at the crossroads between Shankill Street and Glebe Terrace.

One resident, speaking to Armagh I, said members of the public are just coming along and dumping their rubbish there.

She described it as “a rat breeding ground and absolute disgrace”.

For all the latest service disruption across ABC Council facilities, click here.