"Although, wintering lapwing are a common sight around the Civic Centre area, these iconic birds are made up mostly of wintering flocks who breed in other countries. Local breeding birds are in steep decline. Similarly, breeding curlews are restricted to the same small areas along the lower Blackwater and the Lough Neagh shore." 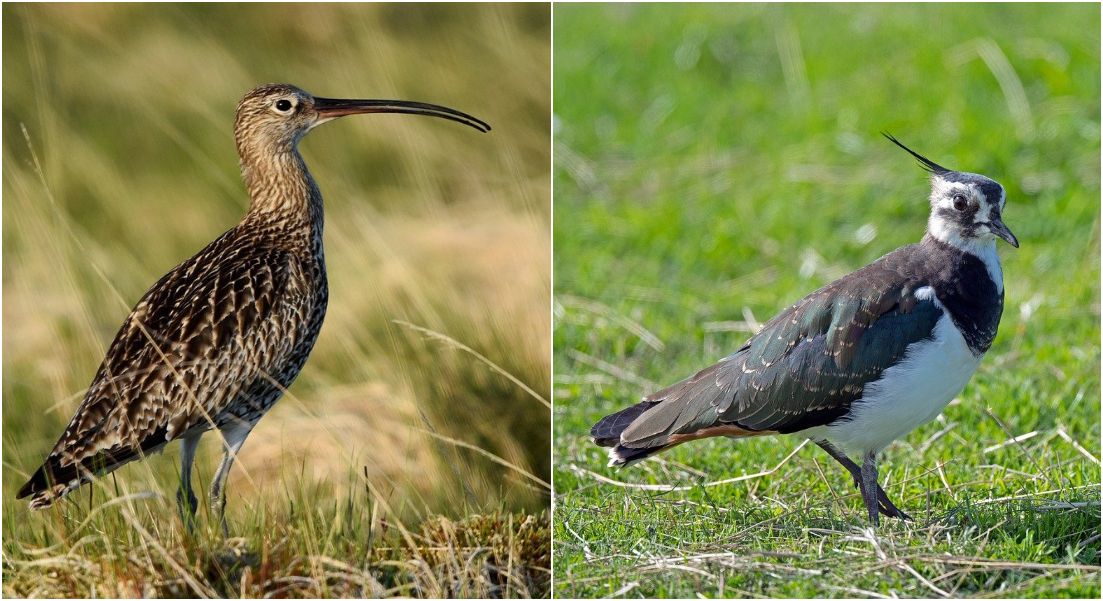 ABC Council is throwing its weight behind a project aimed at protecting curlews and lapwings and preventing a further decline in their numbers.

And they have agreed to allocate £3,690 from within existing budgets to help those tasked with this work and bring in locals to educate them of their goals.

The curlew has been immortalised in poetry over the centuries with such notables as Dylan Thomas, Oscar Wilde, Robert Browning, Alfred Lord Tennyson, Rabbie Burns and even William Shakespeare capturing their magnificence in their works.

Efforts locally are geared to ensure the famous cry of the curlew and the appearance of their fellow wader, the lapwing, will long remain.

The money agreed will help with monitoring nesting now, as a potential funding source would not be available to those involved until the summer months.

The project aimed to avoid the extinction of curlew and lapwing in the borough.

Council’s environmental services committee agreed on Tuesday night to continue to lend its support and provide a financial contribution towards the work.

A report to councillors reveals: “Although, wintering lapwing are a common sight around the Civic Centre area, these iconic birds are made up mostly of wintering flocks who breed in other countries. Local breeding birds are in steep decline.

“Similarly, breeding curlews are restricted to the same small areas along the lower Blackwater and the Lough Neagh shore.

“For the past four years the Lough Neagh Landscape Partnership had a Project Officer based at the Lough Neagh Discovery Centre who was co-ordinating monitoring of the nesting birds, undertaking community engagement and working with farmers and landowners to protect the nests and control predators on land with breeding waders.

“An application has been made to the Environmental Fund for further funding, subject to council approval, but this will not be available until this summer.

“The Curlew Corner project aims to continue this monitoring and protection of the nests during the vital breeding season.”

Council was told the project will continue to monitor and protect the curlew and lapwing nests until the
young birds have successfully fledged this spring, by funding locally based groups.

The report to committee continues: “Curlew and lapwing nesting sites have already been identified through the Lough Neagh Landscape and the project will aim to monitor these nests during the breeding season.

“Advice will be given to landowners and farmers about protecting the nests and will engage with the local community to keep them engaged and involved with the project.

“They will also design and supervise any predator control so that best practice is observed.

“A report will be produced on the progress of the project and the outputs delivered.

“The overall goal will be to build a team of local people informed and invested in curlew and lapwing breeding success along the Lower Blackwater River and the Lough Shore.”

This project aims to bridge the gap until further grant funding will become available this summer.

Councillors – who agreed to contribute the reommended £3,690 – were informed: “It is anticipated that, if any further funding is received, it can be matched with payment in kind, mostly staff time and volunteers.”