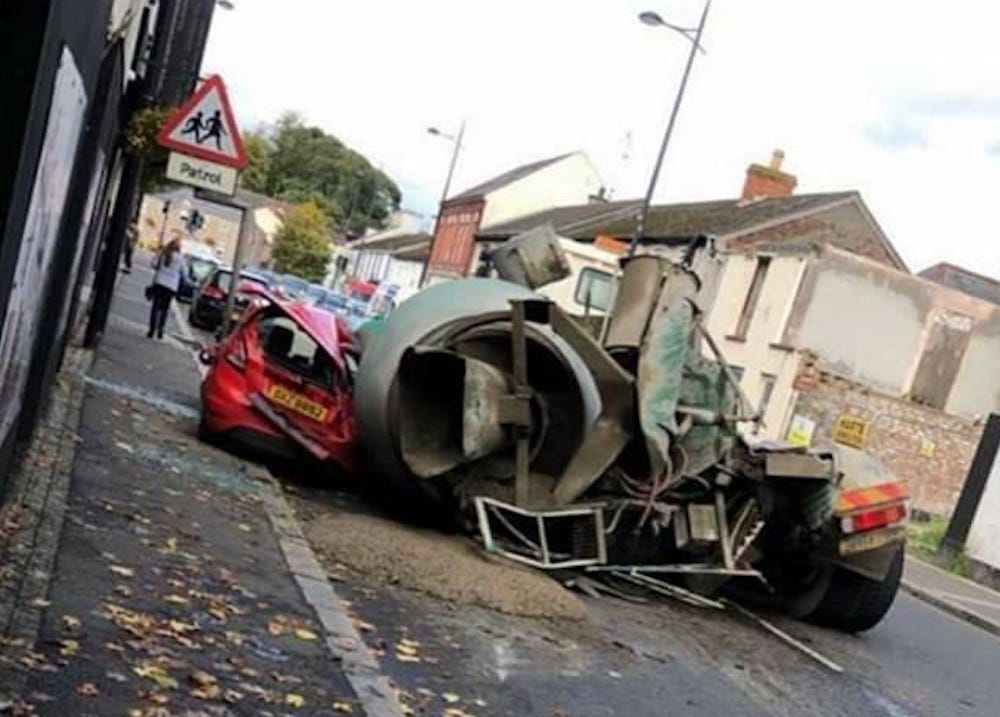 A main street in Gilford has been closed after a concrete lorry mixer fell onto a parked car in the village.

Police are currently on the scene following the dramatic incident on Mill Street shortly before 3pm.

Motorists are advised to avoid the area until the scene is cleared “which could take some time”, according to a police spokesperson.

A PSNI spokesperson said: “Motorists are advised the junction of Dumbarton Street, Bridge Street and Banbridge Road in Gilford is currently closed due to a cement lorry shedding its load this afternoon. Drivers should seek alternative routes.”

Diversions have been put in place.

There have been no reports of any injuries.