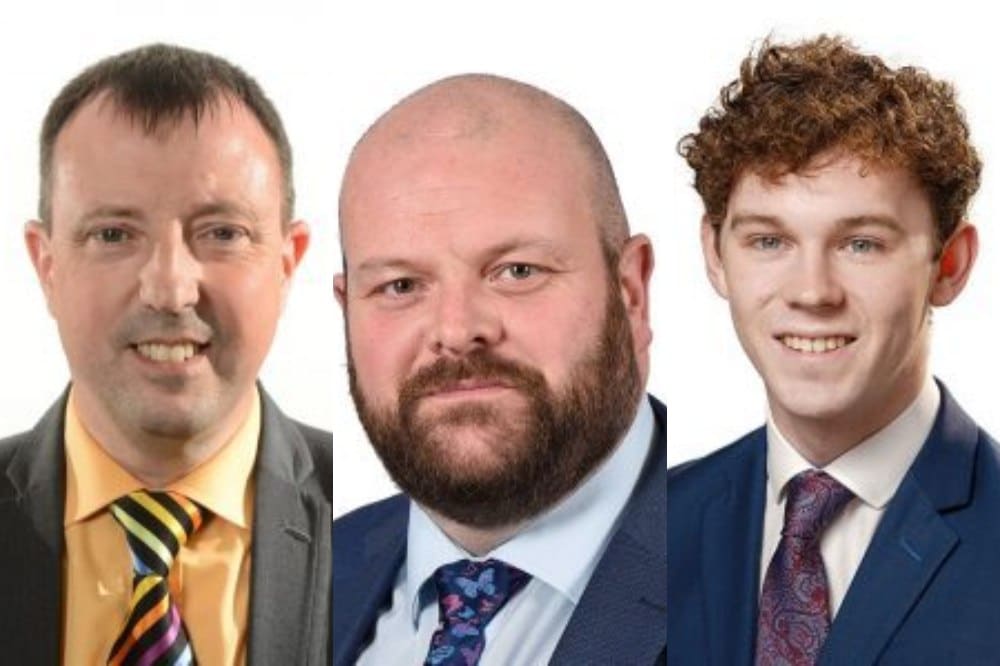 Two unionist councillors on Armagh City, Banbridge and Craigavon Borough Council have hit back at the Alliance Party’s criticism of their response to the council’s plans to celebrate Northern Ireland’s centenary.

During a debate on the issue at a meeting of the economic development and regeneration committee, members voted 11-8 in favour of having officers redraw their plans for the council’s commemorations.

The proposal to do so was brought forward by DUP Councillor Mark Baxter and seconded by UUP Alderman Ian Burns.

In a statement, released following the debate, Alliance Party group leader, Councillor Eoin Tennyson, who does not sit on the committee, said he was “disappointed” the plans “have fallen into disarray”.

He also called on his council colleagues to “stop acting like spoilt children”.

“I would suggest that instead of being churlish and attempting to sow division, the Alliance Party puts a halt to its political mind games and gets behind this important celebration for the borough,” said Cllr Baxter.

“My colleagues and I in the DUP are unreservedly Unionist and wish to mark what is a fantastic and worthy milestone in the history of the Province,” said Cllr Baxter.

“To that end, I will be resolute in my approach to this issue and importantly I will ‘represent’ my constituents.

“I will bring forward the view that the community wishes to have the occasion of the 100th anniversary of Northern Ireland marked in a fitting way with a fitting budget to allow the community the resources to do this effectively.”

The proposal’s seconder, Alderman Ian Burns, said the Ulster Unionist Party would be making no apologies for wanting to see a celebration worthy of the occasion.

“The Ulster Unionist Party makes no apology for wishing to see the centenary of Northern Ireland commemorated and celebrated in a manner that befits the occasion,” said the Banbridge representative.

“We are acutely aware of the need to account for every penny of public money, and we are also aware that a centenary only comes around once in a century.

“When the Decade of Centenaries commenced, it was very clear that it would include events which would be of particular resonance for some people and not others.”

Alderman Burns continued: “Thus far, we have seen the centenaries of the Easter Rising and the Battle of the Somme.

“Next year brings the centenary of Northern Ireland itself. It will obviously be of particular interest to those of us who value and cherish the Union.

“We will inevitably wish to mark the event with the dignity and pride that we believe it deserves as we look forward to the next 100 years.”

In his statement, Councillor Tennyson said it was important to balance the commemorations with the financial realities facing the council.

“Of course we all want to see a fair, inclusive commemoration take place next year, and that is what had been developed by all parties through a series of working groups,” said Cllr Tennyson.

“The DUP and UUP need to realise these are not normal times. COVID-19 has changed everything – there are no endless amounts of cash anymore, unless we want local people to face an extortionate hike in rates early next year.

“In that context, this last minute proposal of an additional £60,000 unbudgeted spend is totally irresponsible.

“As it stood, we had already planned to commit close to £70,000 which would’ve comprised an events budget of £60,000 plus some funds from Council’s Financial Assistance Programme for community grants.”

Cllr Tennyson said the plans, which were heavily criticised by several Unionist councillors involved in the debate for not reflecting what had been discussed at the working group, offered a range of “reflective and inclusive” events across the borough.

“We had put together a fantastic range of events to mark this part of Northern Ireland’s shared history,” said Cllr Tennyson.

“These events included a range of exhibitions, lectures, music and cultural events that were reflective and inclusive of people and communities right across Armagh, Banbridge and Craigavon.”

“We had the opportunity to bring different perspectives and interpretations together, to deepen mutual respect and understanding and work together to build a better, brighter and truly shared future.

“Sadly the future of these events is now unclear.”

He continued: “It is extremely disappointing that while we had the opportunity to be leaders on this issue, to show that we could protect our finances, whilst also offering a positive and comprehensive programme, the meeting was instead reduced to petty squabbling.

“The local economy is struggling, people can’t see friends and relatives and, for many, financial struggles will dominate Christmas.

“I’d urge my colleagues to think seriously about their actions, stop acting like spoilt children and allow us to get back to delivering for everyone in our area.”