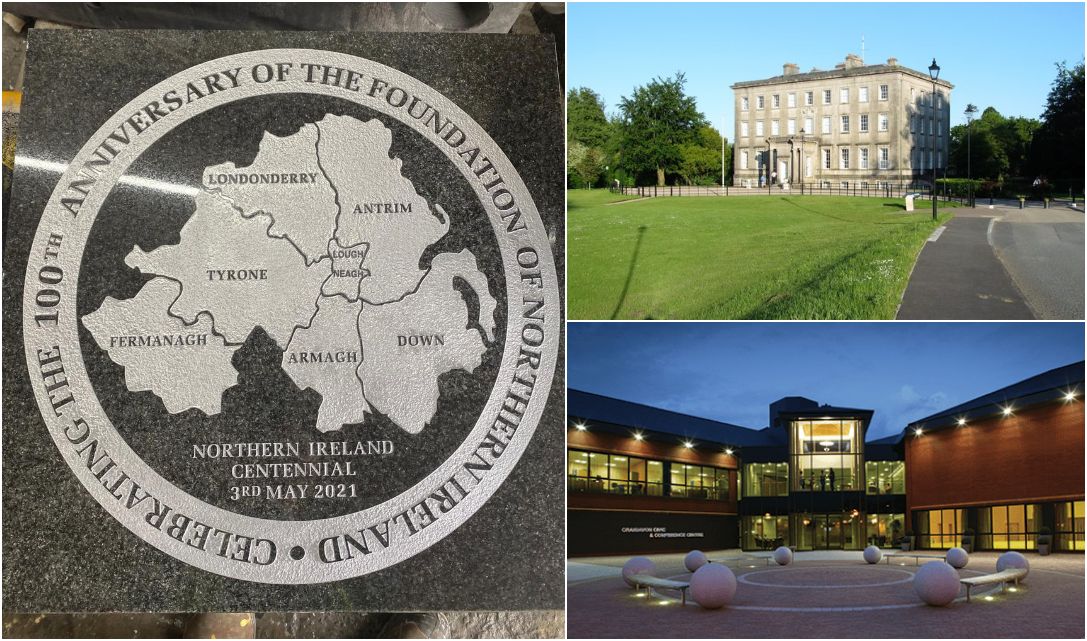 Armagh City, Banbridge and Craigavon Borough Council is to purchase 15 commemorative stones as part of its programme to mark the centenary of Northern Ireland.

At Council’s monthly meeting on Thursday, June 28, members were made aware that a proposal was made at the local authority’s centenary working group for the stones to be purchased as part of the £120,000 budget previously agreed upon to mark the occasion.

Officers informed councillors the manufactured paving stones would cost approximately £200 per stone and presented the chamber with three options.

Option one was for the purchase of three stones for installation at the three civic centres across the borough at an estimated total cost of £600.

Option three was to proceed with the programme as previously agreed and not purchase any stones.

Describing it as a “great proposal” Alderman Ian Burns proposed option two was adopted by Council.

“This is a great proposal and I want to propose option two, that we purchase the stones for the three civic centres and for other locations across the borough,” he said.

DUP group leader Councillor Mark Baxter seconded the proposal and noted the stones can be purchased at a very low cost with the money coming from an already agreed budget.

“These stones will have a very low cost and will leave a lasting legacy of Northern Ireland’s centenary across the borough,” he said.

“As has been discussed at the working group this is only a reprofiling of funds that had been agreed upon. It is not extra spend and we as a party think it is a great idea to leave a lasting legacy of this occasion throughout the borough.”

“I understand that some people would like to celebrate the centenary in their own way,” said Cllr Haughey.

“However, I do think that we should stick to the budget and programme as agreed previously by Council.”

This proposal was seconded by her party colleague, Councillor Paul Duffy.

“It is important the centenary is marked in a shared, inclusive and focused way,” he said.

“We are aware a fairly significant budget has been agreed therefore we believe option one is the reasonable option to go forward with and I will make that a proposal.”

This proposal was then seconded by his party colleague, Councillor Eoin Tennyson.

With three proposal on the floor, the Lord Mayor, Alderman Glenn Barr told the chamber a vote would be taken on the first proposal made – Alderman Burn’s proposal to accept option 2.

With the majority of the chamber voting in favour of option two, Council will move ahead with plans to purchase 15 centenary stones at a cost of £3,000.