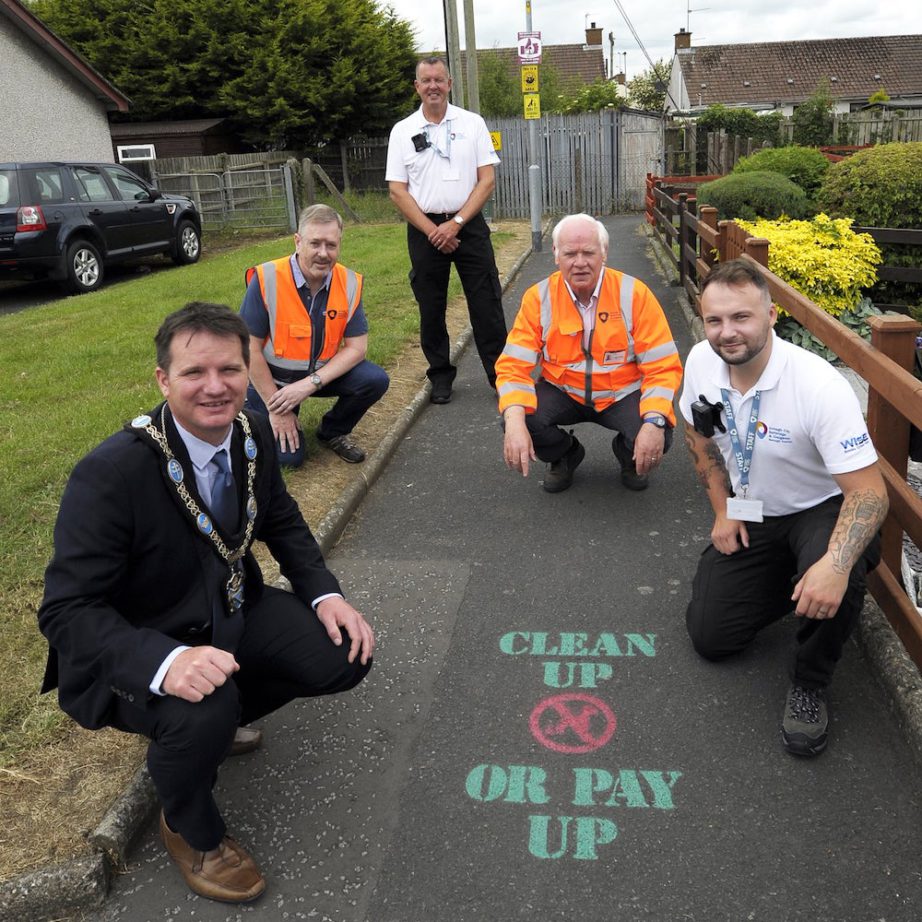 Some 563 fixed penalty notices were slapped on residents and visitors to the borough in just one month after they were caught for committing acts of ‘environmental crime’ such as littering and dog fouling.

And those who found themselves picking up a penalty were forced with the prospect of paying up to £80 for their lapse.

Armagh City, Banbridge and Craigavon Borough Council says it is continuing to crack down on environmental crimes.

In May, the local authority announced it was enhancing measures to combat environmental crimes with extra resources being drafted in to help tackle increasing littering and dog fouling problems across the borough.

The council partnered with Waste Investigations Support & Enforcement (WISE) for a yearlong pilot, which has seen an increase in the number of FPN’s issued at no additional cost to the ratepayer.

This partnership has visibly increase the number of Enforcement Officers out on patrol right across the borough with the aim of raise public awareness of the consequences for committing these types of offences. WISE employees have powers, granted by council, to issue FPN’s to anyone dropping cigarette butts and other litter in the street or failing to pick up after their dog.

This new partnership is only one aspect of the councils ramped up campaign to encourage the public to be socially responsible for their waste and dog foul, with the continued introduction of new signage and street stencilling to further boost public awareness.

Lord Mayor Glenn Barr said: “I’m delighted that the new enhanced environmental enforcement patrols, which are now in operation seven days a week to issue on the spot fines, are starting to deliver positive results.

“This action combined with additional street markings and signage send a strong message to the public that this type of antisocial behaviour will not be tolerated in our borough, and that council is determined to clamp down hard on offenders.

“It’s unfortunate that a small minority of people still believe it’s acceptable to drop their cigarette butts and rubbish wherever they please, or not to clean up their dog foul, and expect council to continually clean this up at a substantial cost to ratepayers.

“I am encouraging everyone in the community to play their part and stop this type of antisocial behaviour, by taking pride in their local surroundings and acting responsibly.

“These enhanced actions demonstrate council’s firm commitment to improving public spaces and to reducing the amount of ratepayers money spent on cleaning up across the borough.”