This junction will only become more dangerous if this application is approved and even more additional cars are trying to access the Belfast Road at this point." 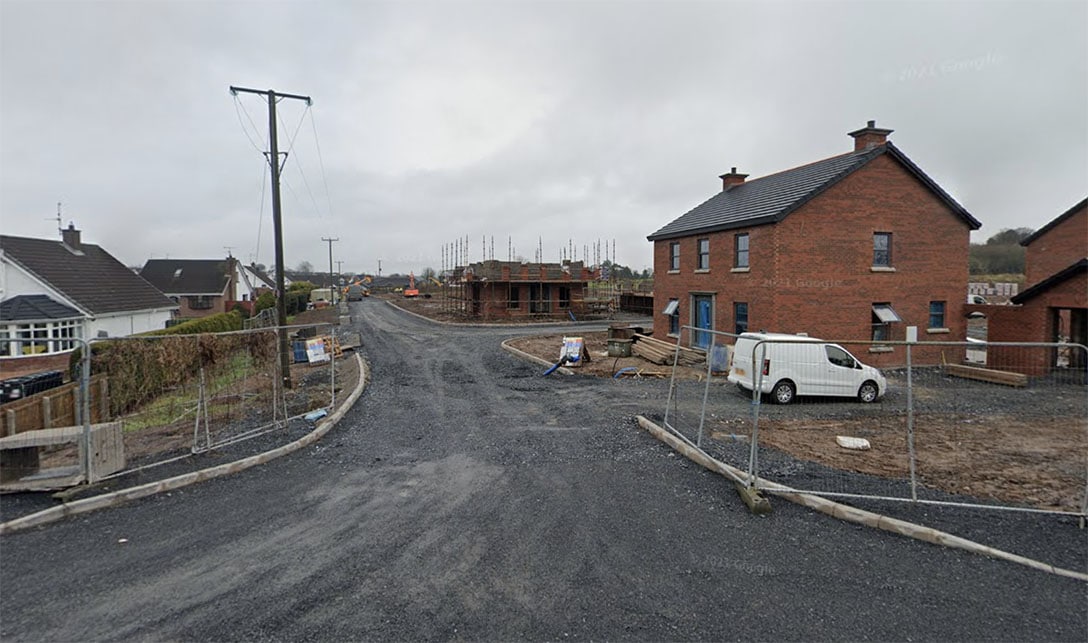 Plans to build 36 houses in Dollingstown are to be recommended for approval despite a number of objections having been made.

The development has been earmarked for a site “adjacent to south and west of 2-9 and 12-13 Regency Mews, Dollingstown, Lurgan”.

The proposals had been submitted to Armagh City, Banbridge and Craigavon Borough Council in September 2020.

And now officials will recommend to council’s April planning committee that the housing development should be allowed to proceed.

The application had been lodged in the name of Lurgan-based D Gilmore Developments Ltd.

It is proposed to build a total of 36 houses – complete with garages – as well as associated site works.

The development – on what is described currently as an “agricultural/building site” – would comprise 24 semi-detached properties and 12 detached.

Officials, having already determined that an environmental impact assessment was not necessary in considering the proposals, will recommend approval.

This comes despite five letters of objections received from local residents in the two months after the plans were lodged in 2020.

And the main argument against the proposals getting the go-ahead appears to be road safety.

One referenced the “cumulative impact” of development in the area.

She wrote: “This is not just about 36 houses. These are in additional to 43 houses already permitted that will also be accessing the Belfast Road via Beechcroft.

“Reluctance of planners to look at the whole picture instead of dealing with single applications for the same site/location is most disturbing.”

And the Beechcroft resident added: “As drivers, we know from experience how difficult it is to safely negotiated a right turn from Beechcroft onto the Belfast Road because of the traffic also trying to access the Belfast Road from Beechfield Hall, located on the opposite side of the road.

“Add to that the confusion of a build-up of traffic as is experienced during peak road usage and a dangerous position arises.

“This junction will only become more dangerous if this application is approved and even more additional cars are trying to access the Belfast Road at this point.”

She asks that planners consider “adding additional access via the Dromore Road” in order to “ease the burden of traffic coming through Beechcroft onto the Belfast Road”.

According to a transport assessment form, all of the homes will be built in one phase, and the site will be accessed via the new link road to Beechcroft and ultimately on to the Belfast Road.

It adds: “The access to Beechcroft was designed and constructed to include a ghost island right turning lane.

The traffic assessment continues: “The Belfast Road into Lurgan experiences congestion during weekday am peak periods mainly due to school-based traffic.

“This also occurs on the Banbridge Road, on the Gilford Road, indeed this happens on most roads into every provincial town within Northern Ireland.

“Similarly the cities experience the same congestion on a greater scale. This congestion is short-lived and clears soon after 9.15am.

“Once this congestion clears the road networks operates satisfactorily with little or no queuing on the Belfast Road in the vicinity of the site.”

The recommendation to approve will now go to planning committee on Wednesday, April 6, and it will be up to councillors to decide then whether or not to accept the officials’ opinion.