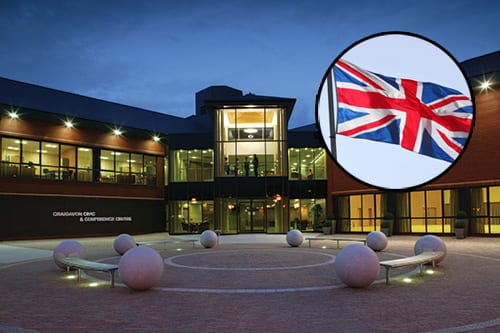 Councillor Joe Nelson has hit out the decision by Craigavon Council to fly the Union Flag 365 days per year.

SDLP Craigavon councillor Joe Nelson has called for a full investigation by the Equality Commission and the Local Government Auditor into the decision.

Cllr Nelson said that the decision was both insensitive and illogical.

“The decision by Unionists on Craigavon Council to fly the Union Flag from the civic centre 365 days a year is insensitive, illogical and divisive politics at its worst,” he said.

“This was a settled issue that should not have been raised as the council begins to wind up its business in preparation for the handover to the new super council in April. Aside from anything else, it defies all logic that the council has decided to fly this flag 365 days each year when the council itself will only exist for the next 71 days.

“This decision totally ignores the findings of an Equality Impact Assessment, which cost the ratepayer £10,000, as well as legal advice given to the council 12 years ago when a decision on designated days was first taken.

“I will be contacting the Local Government Auditor regarding the incredible waste of ratepayers money on an Equality Impact Assessment only for the recommendations to be ignored. I will also be asking the Equality Commission to investigate the matter as soon as possible.

“It is unfortunate that some parties have chosen to embrace divisive, sectarian politics as this council comes to an end. Designated days is a significant compromise for Nationalism and has served community relations in this area well for the last 12 years. That is the spirit in which the SDLP has engaged on Craigavon Borough Council and it is the spirit of a shared community with which we will continue.”

She said: “This is the right decision for the council as it recognises our national flag and that the borough is part of the United Kingdom.”

She added: “This compromise on our original proposal of seven locations will strike the right balance between acknowledging Northern Ireland’s constitutional position and not causing offence to those who oppose it.

“By making this decision I trust it will go some way to reducing the number of flags placed on lamp-posts which ultimately become torn.”