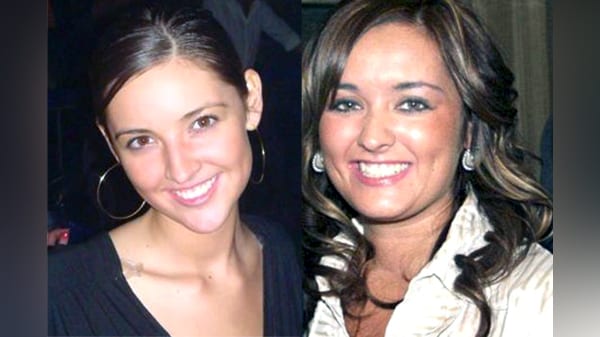 Five years ago Silverbridge woman Natasha McShane and her life-long friend Stacy Jurich were bludgeoned by a baseball bat-wielding monster in the Bucktown area of Chicago.

And now the pals, who retain regular contact via Skype, will reunite in September, after the recently engaged Stacy had a very special favour to ask.

Twenty-seven-year-old Natasha was left confined to a wheelchair, unable to communicate and feed herself after she and Stacey were set upon by the cowardly and thuggish thief Heriberto Viramontes (34), as they made their way home from an evening out.

The callousness and sheer brutality of the crime made headlines around the world.

But with the sentencing over and mostly away from the limelight, these remarkable two young women and their families have been trying to move on and piece together their shattered lives.

It has been a long five years.

For Natasha, it is an attack from which she will never fully recover, but she is now showing signs of improvement.

For both the horror of that night, two young friends out together, will never leave them.

Despite sustaining serious injuries in the frenzied attack, it was Stacy who managed to seek emergency help and tend to Natasha before losing consciousness herself.

She gave evidence at a trial, which lasted more than a year in Cook County, Chicago, last May, when Viramontes was jailed for 90 years.

Members of Natasha’s family, including mum and dad Sheila and Liam, had been in the United States when the verdict was returned and they and Stacy supported each other throughout the process.

Now Stacy and Natasha, who had been a UCD masters student on an exchange programme when the attack happened, were officially recognised this week with the presentation of a special bravery award from the Cook County State’s Attorney Office. And while Natasha was not able to travel, it has emerged that she has shown remarkable improvement and is now able to perform tasks which previously many believed she never would.

A letter read at Tuesday night’s ceremony in Chicago, from Natasha’s mother, Sheila, revealed that her daughter continues to struggle bravely, but she is now able to walk short distances and can manage such tasks, like opening a door or making a cup of tea.

A tearful Stacy, who accepted the award this week, told CBS Chicago she hoped she was an example to other vicims, saying: “It’s hard to face the person that tied to kill you. But you should do it, because you’re saving lives going forward, making sure they’re not there anymore.”

Stacey is now intending to travel to Ireland in September to get married.

And she has asked Natasha to be her ‘maid of honour’ on her big day.

Stacy said of her best friend: “She was very, very excited about it and is looking forward for us to get all dolled up and have a wonderful time.”

We wish both Natasha and Stacy the best wishes in the world as they move forward in their lives.