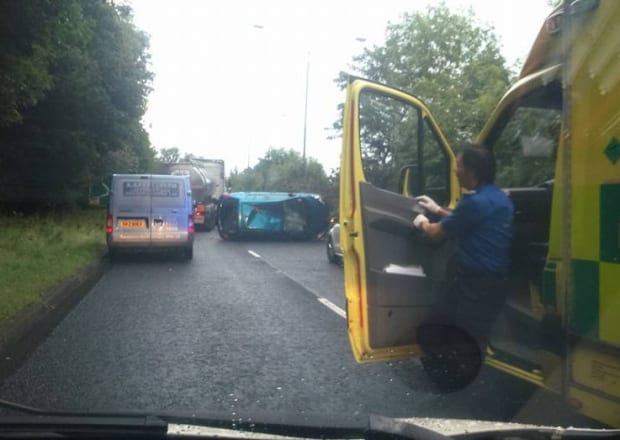 A mother and her child had a lucky escape following an early morning crash in county Armagh.

The one vehicle accident, which happened just outside Lurgan yesterday morning, left the car on it’s side.

There was considerable damage to the vehicle but the occupants did not suffer any serious injuries.

The collision occurred between roundabouts 1 and 2 on the Lurgan-bound carriageway. Scene of the crash in between Roundabouts 1 and 2 in Lurgan, county Armagh. Pic: BigCab Portadown

A police spokesman said: “At about 7.30am today, Friday September 18, police received a report of a traffic collision.

“One vehicle was involved and considerable damage was caused to a crash barrier. An ambulance was in attendance.”