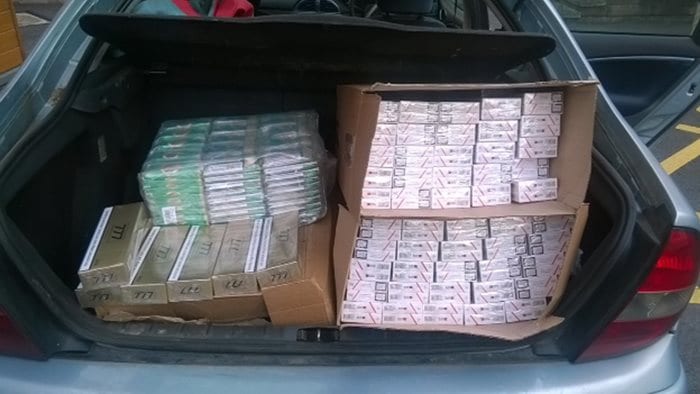 A county Armagh man has been sentenced to six months in prison after he pleaded guilty to keeping for sale 30,000 unstamped cigarettes and 10kgs of roll your own tobacco.

Gerard Rafferty, with an address in Armagh, appeared in Fermoy District Court following a joint operation with An Garda Siochana, officers from Revenue’s Customs Service.

They seized the “Black Mount” cigarettes, “7” cigarettes and “Flandria” tobacco when a car was stopped by An Garda Siochana near Fermoy, county Cork on July 10. A 51 year old driver who pleaded not guilty was remanded in custody to appear again at Mallow District Court next Friday, 17 July.

In a separate operation and as a result of routine profiling, officers from Revenue’s Customs Service seized 15,000 cigarettes with a retail value of €7,500 at Cork Airport.

The “L&M Blue” cigarettes were discovered when sniffer dog “Harvey” gave an indication in respect of two suitcases belonging to a 34 year old Polish male who disembarked a flight from Lanzarote.

A file is currently being prepared and investigations are ongoing.