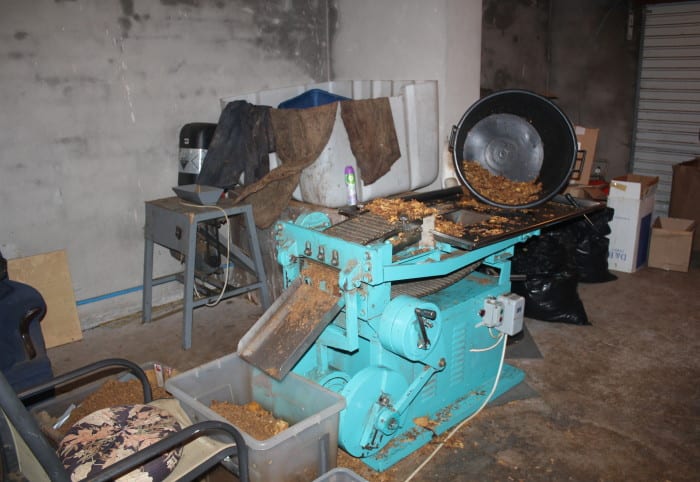 Three homes and one business were raided in county Armagh as part of an investigation into a suspected £110 million tobacco fraud.

Five people from Tyrone and Down have been arrested by  customs.

Simultaneous searches took place in Louth and Dublin by officers from Revenue’s Custom Service with support from An Garda Síochána.

A tobacco processing plant, 12 tonnes of raw tobacco, two million cigarettes and £50,000 in cash were seized during the operation in Northern Ireland.

“Tobacco fraud is a highly organised global crime which costs the UK £2 billion a year in lost taxes. Co-operation with our partners across the UK, Ireland and overseas is essential if we are to tackle this problem effectively.

“Anyone with information on tobacco fraud can contact the Customs hotline on 0800 59 5000.”

The five people were questioned by HMRC and have been released on bail. Investigations into the fraud are ongoing.