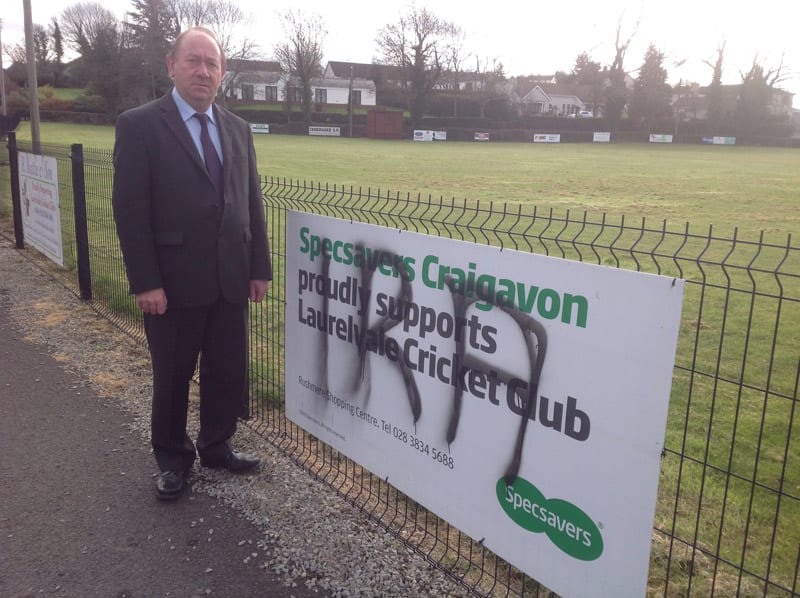 Advertising hoardings at a county Armagh cricket ground were defaced with sectarian slogans over the weekend.

The hoardings were defaced with IRA graffiti and Mr Irwin said those responsible had nothing to offer the community in the area and demanded they “stop immediately”.

Mr Irwin said: “I totally condemn those behind this act of sectarianism, especially so as Laurelvale is a quiet and close knit community.

“Certainly the wider community would totally reject this sinister vandalism and in light of the fact that the letters IRA have been sprayed makes this all the more despicable and it must stop immediately.” He concluded: “There have been a number of concerning incidents across the borough orchestrated by republicans in recent days and the targeting of a valued community resource and sporting organisation in Laurelvale, shows just how out of touch with reality those behind this vandalism really are.”