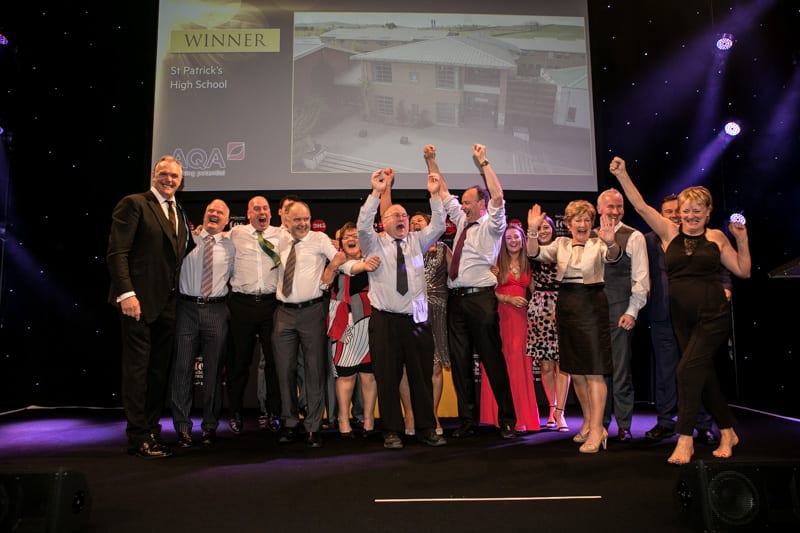 St Patrick’s High School in Keady is to be honoured with a Civic Reception.

It follows the school being named the best secondary school in the UK.

He said: “The school is a beaming light for education across the region and I am delighted that this award recognises the achievement both in the classroom and for the school’s contribution to community and civic life. Really well done to everyone involved.”

Armagh I revealed on Saturday that St Patrick’s High had been named best secondary at the prestigious Tes School Awards.

Now in their seventh year, the Co Armagh school was the only one from the Province nominated in this category.

The awards were handed out on Friday night at a sparkling presentation dinner at the Grosvenor House Hotel on London’s Park Lane.

The glamorous event was hosted by writer and comedian Greg Davies.

The accolades recognise the outstanding contribution to education made by teams and individuals, both inside and outside the school.