Borough recognition after duo comes home with two medals each 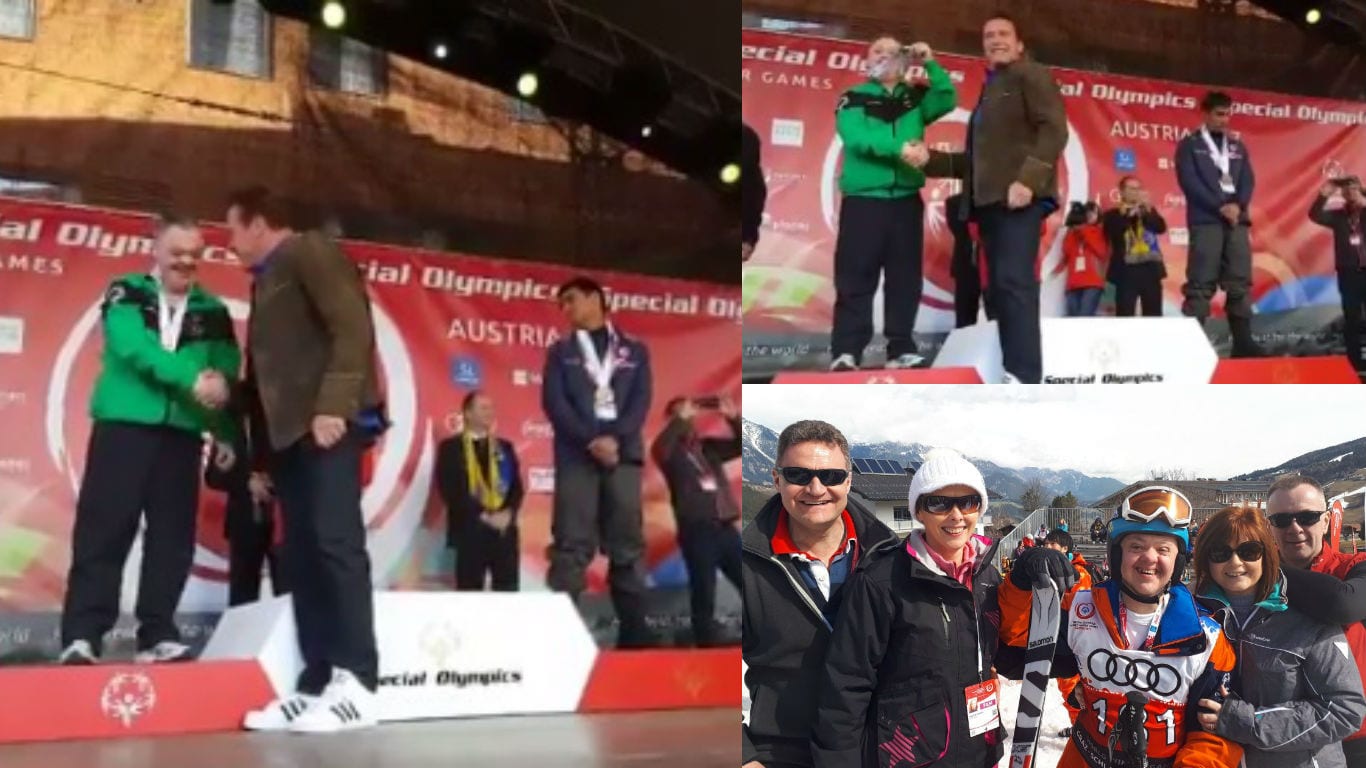 Two residents of the borough are to be recognised at a civic reception after their fantastic performances at the Special Olympics World Winter Games.

Cyril Walker (36) secured a silver and bronze at the Games in Austria.

Both have returned home at the weekend to a hero’s welcome.

Cyril, from Mullabrack, also found a huge fan in Terminator star Arnold Schwarzenegger who couldn’t resist a selfie with the man of the moment!

Both Cyril and Caolan will now be honoured at a civic reception.

They were congratulated on their achievements with Team Ireland’s skiing squad at a meeting of Armagh City, Banbridge and Craigavon Borough Council tonight (Monday).

All councillors were happy to endorse the proposal and the event will be arranged in the not too distant future!