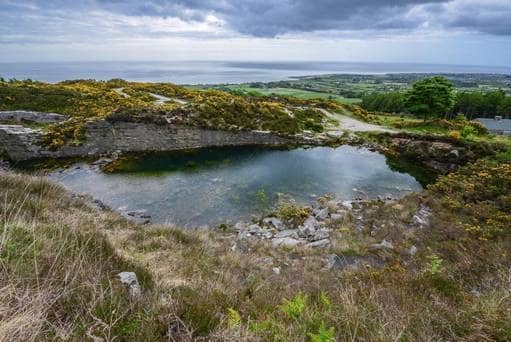 Armagh council has issued a coloured dye to five of its most “concerning” quarries in a bid to stop people from swimming in them.

Quarry owners have been offered the black dye as concerns have mounted following the deaths of four people in just two months in rivers and a disused quarry across Northern Ireland.

“In the last year, Armagh City and District Council’s environmental health department carried out a desk top survey of over 180 quarries in the district,” a spokeswoman for the council said yesterday.

“While none of the disused quarries met the legal definition of ‘being a public health nuisance’, officers did have concerns about five of these.

The owners of these five have been contacted and offered signage and dye.

“Environmental health (officers) have also been liaising and exchanging information with the local PSNI.” The move follows an urgent appeal from former Environment Minister Alex Attwood earlier this month. On July 9, Mr Attwood wrote to Northern Ireland’s 26 councils urging them to consider dying the water in local quarries.”