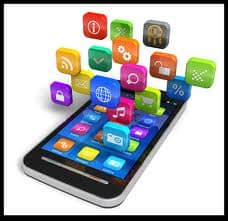 Armagh City and District Council has agreed, in principle, to develop a mobile phone app, at a cost of £20,000, to help promote the area.

The council would contribute £5000 towards the project, which it says can be accommodated within the economic development budget 2014–15.

Armagh, Banbridge and Craigavon Councils, which will amalgamate to form the new super-council, expressed an interest in participating in the mobile app project and developing a localised version of the recently launched Northern Ireland app.

It would, council says, provide another promotional tool to compliment other media and materials already being used to promote the Armagh area.

The app, which can be adapted by local councils to promote their own area, contains useful information for investors, including details on infrastructure, people and skills, and cost of living.

The app will be available on all platforms, including Android, iOS, Blackberry and Windows, and will be hosted by the council.

The proposal is that the mobile app project will be funded through the ERDF Competitiveness programme Local Economic Development measure.

In order to achieve economies of scale, consistency and efficiencies in service provision, Invest NI is leading on the project and will procure a service provider on behalf of all interested councils.

It is expected that the cost of development of this regional mobile app is £20,000, of which 75% will be funded (50% from the EU Competitiveness Programme and 25% from Invest NI).

The remaining 25%, which equates to £5,000, can be accommodated within this year’s economic development budget, but this would be reduced if proceeding on a three-council approach.

It was recommended and agreed in principle that Armagh Council participate in the ‘Mobile app for Local Councils’ project at a cost of £5,000 which can be accommodated within the Economic Development budget 2014-15.