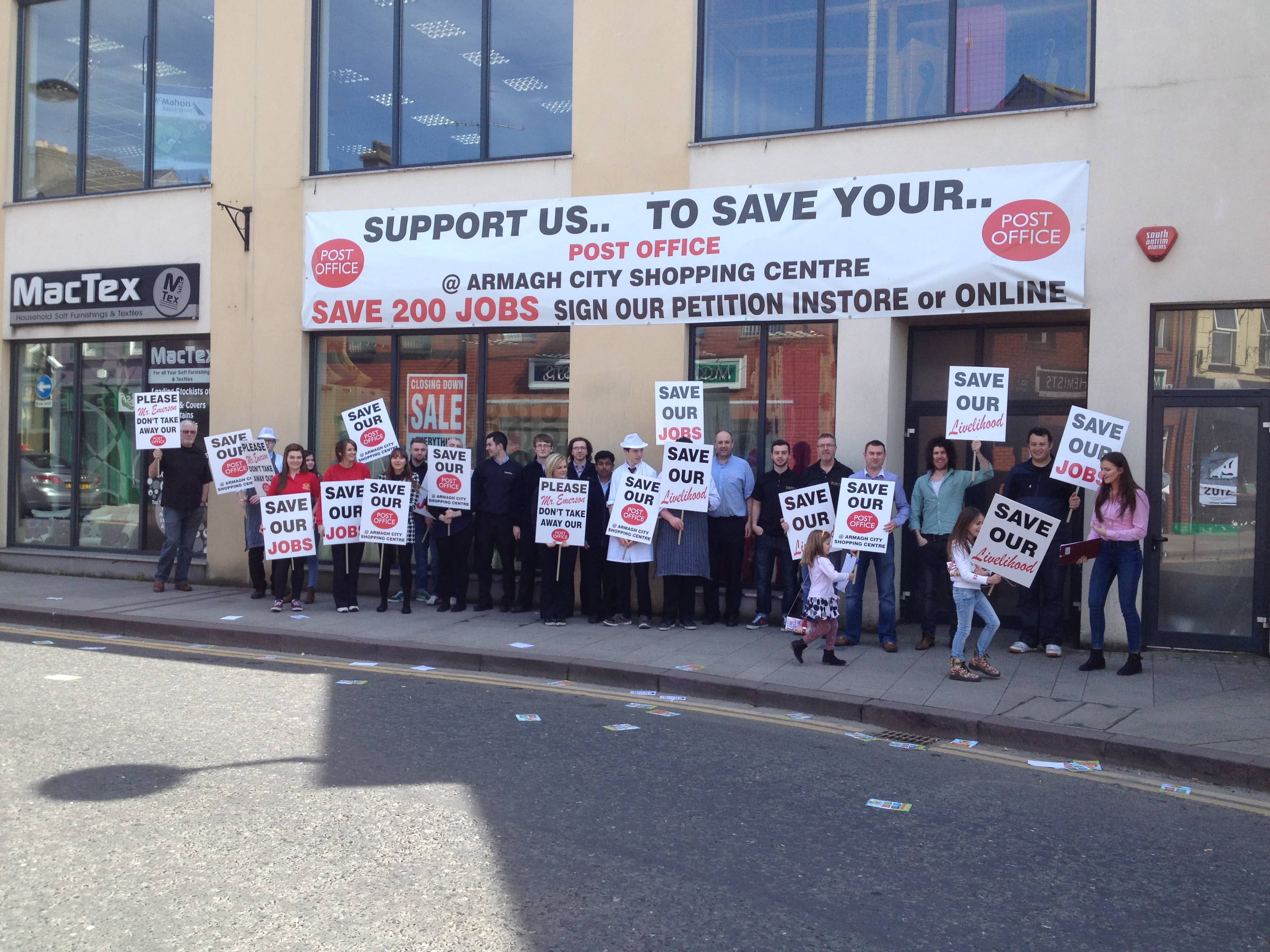 The decision on whether to close the Post Office in the shopping centre at Thomas Street in Armagh and relocate it to Emersons Supermarket is imminent.

However, the Consumer Council is due to meet with Post Office Management to discuss concerns raised by consumers on these controversial proposals.

The consultation on the proposed move closed in April and Post Office Limited will make its decision soon.

The move, if it is agreed, would also see opening extended to 79 hours a week, which would include Sundays.

There would be four serving positions, a mixture of screened and open plan, with the aim being to modernise the network and extend hours.

Consumer Council Senior Policy Officer (Postal Services), Michael Legg said: “Many consumers have voiced their concerns on the proposal and how it affects their ability to access post office services and products. Given that post offices provide access to a range of essential services, it is vital that Post Office Limited fully considers consumer feedback and ensures that the issues raised are addressed before reaching its final decision.

Michael added: “The Consumer Council assumed responsibility for the representation of post office consumers in April 2014. We scrutinise any proposed change to the post office network and, whilst the final decision on these matters rests with Post Office Limited, the Consumer Council will work to ensure that it takes account of any feedback and that steps are taken to address any consumer detriment,” concluded Mr Legg.

The Walker’s premises has since closed altogether and the Regatta shop relocated to Thomas Street.