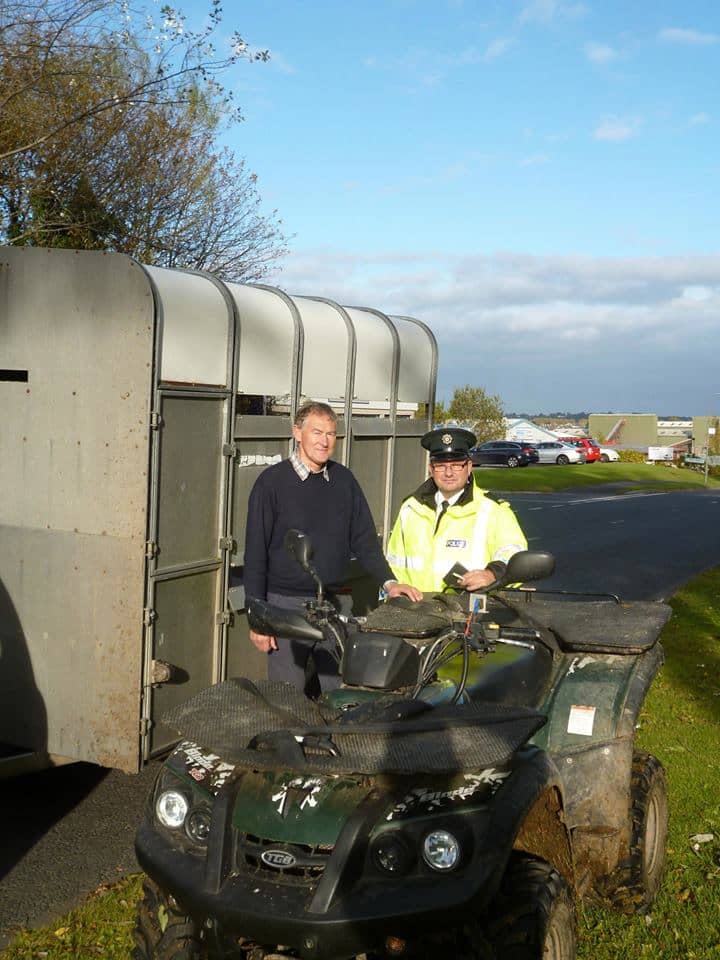 Brownlow Neighbourhood Policing Team were delighted to return a stolen trailer and quad to their owner after they were found in Festival Road.

The trailer and quad were taken from a farmyard on Killyleagh Road, Killinchy between Sunday and Monday, October 12 and 13. They were subsequently found in the Portadown area on Monday morning.

Sergeant Alwyn Peters, Brownlow NPT, said: “It was through information from the public that we were able to locate the stolen property and I would like to thank them for reporting the matter to us.

“It is one of the nicer parts of being a police officer to be able to reunite an owner with stolen property.

“A white Daihatsu 4×4 jeep was also stolen in the same incident and remains outstanding. This jeep is quite distinctive looking with Nobley, off-road tyres and we would like to hear from anyone who may have information about its whereabouts.”

Anyone with information can contact police in Craigavon or Down on the 101 number. If you prefer to provide information without giving your details you can contact the independent Crimestoppers charity anonymously on 0800 555 111.