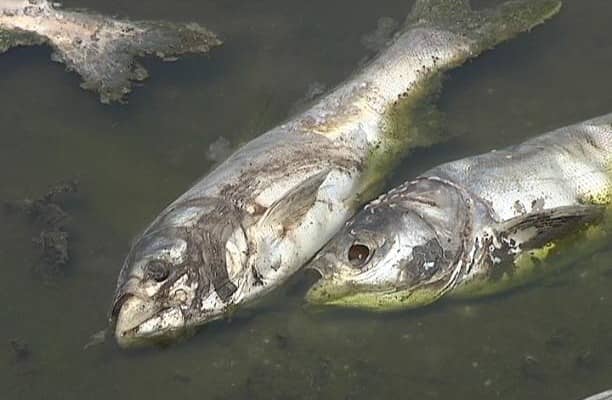 An English-based company has been fined £2,500 after leaking sewage led to a ‘fish kill’ in a local river.

The case against Glen Water Limited, of Dartford in Kent, came before Armagh Magistrates’ Court, after the company contravened the conditions of a discharge consent issued by the Department.

In July 2014 –  following a report of dead fish and untreated sewage in the Tall River at Richhill – a water quality inspector acting on behalf of the Northern Ireland Environment Agency discovered the waterway to be polluted.

The inspector traced the pollutant upstream to Richhill Wastewater Treatment Works where they discovered an active discharge coming from the works with an untreated sewage plume noted at the point of discharge.

In accordance with set procedures a statutory sample of the effluent was collected.

This was a serious polluting discharge that allowed untreated sewage to adversely impact more than 250 metres of the Tall River resulting in what was described as a “moderate fish kill”.

In addition to the fine levied by the Magistrate’s Court, Glen Water Ltd have also paid £1,599 costs in respect of the ‘fish kill’, which will be used by the local angling club for restoration and remediation works on the Tall River fishery.

This incident occurred due to the failure of one of the Uninterruptable Power Supplies (UPS) at the works which resulted in a mechanical failure at the works, and a failure of the power supply to the equipment responsible for sending out warning alarms to operational staff rendering the telemetry alarm systems non-operational.

What a sunset! Social media lights up as skyline explodes with colour