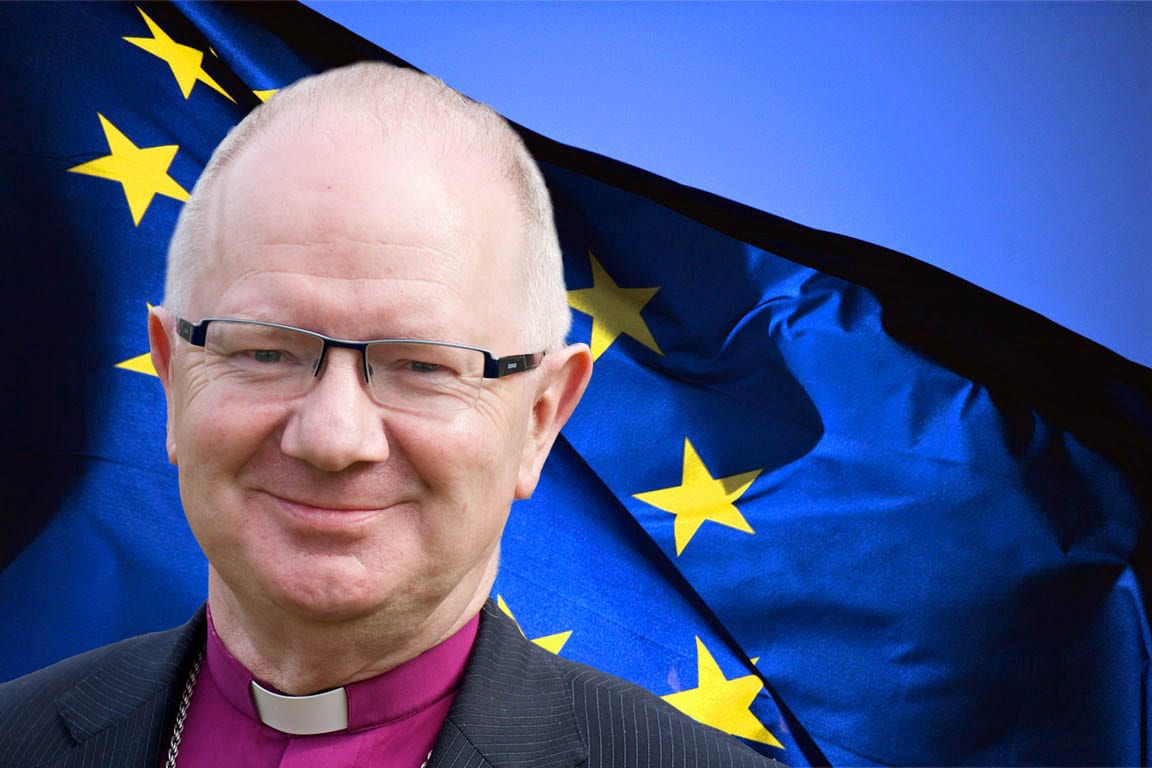 A senior church figure has said the UK’s decision to leave the EU should not be allowed to harm “good relations”, while there have already been calls locally for a referendum on a United Ireland.

Archbishop of Armagh, the Most Rev Dr Richard Clarke, has spent the past week leading a cross-community group of young people on a centenary pilgrimage to the Somme, along with his Roman Catholic counterpart, Archbishop Eamon Martin.

He said he was “personally disappointed” at the result, but added: “Nothing should deflect people across the island of Ireland from focusing on good relations with one another and ensuring that any sense of division is avoided at this time.”

Meanwhile, Newry and Armagh Sinn Fein MLA Conor Murphy has said the result now meant a referendum on a United Ireland was a “democratic imperative”.

He said: “Fifty-six per cent of the electorate in the north have made clear their wish to remain within the EU, yet English votes have overturned their democratic will.

“It is unacceptable that a majority in England and Wales can alter the constitutional status of the north against the wishes of the people there.

“Irish interests are being actively and gravely damaged by the decisions taken in England and as a result the conditions now exist for a referendum on Irish Unity.

“A referendum on a United Ireland is now a democratic imperative and it is incumbent that the Irish Government and all Irish nationalist parties support this demand. To do anything less would be to betray the best interests of the Irish people

“Sinn Féin has been clear that Ireland’s role, both north and south, is to seek progressive change in Europe from within the EU.

“Whilst recognising the democratic deficit at the heart of Europe, and the neo-liberal tendencies within the bloc, our approach is to critically engage with the EU.

“There is no doubt that Brexit will cause immense difficulties across Ireland, but we must be prepared to deal with them through unity, resolve and determination.”