Co Armagh to be hardest hit during teacher strike next Friday 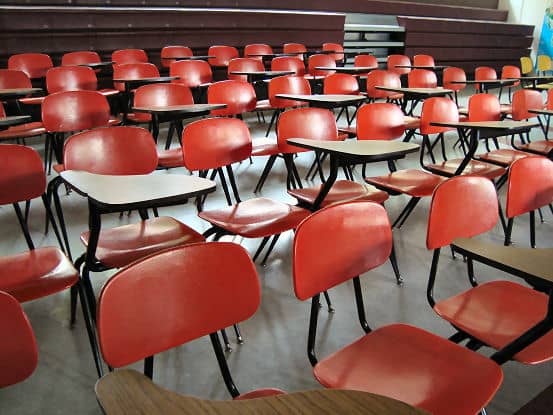 County Armagh and the SELB area will be affected most when teachers strike next week in protest at planned budget cuts announced by Education Minister John O’Dowd.

A day of action has been planned by the Irish National Teachers Organisation for next Friday, March 13.

It comes after Minister O’Dowd warned the Education Committee at Stormont of the possibility of 500 teacher job losses and a further 1,000 non-teaching positions, due to his departmental budget being slashed by £28 million.

Today (Thursday), an overwhelming majority of 79 per cent of teachers in Ireland’s largest teachers’ union voted in favour of strike action.

The ballot was conducted among the 6,647 members from schools and colleges across the Province.

And almost a third of the union’s membership here is from the local Southern Education and Library Board, just one of five boards in the north, with 2,147 members.

Now INTO is planning three information events on the industrial action ahead of next Friday’s walk-out.

One of the three, for the County Armagh area, takes place on Tuesday, March 10, at 5pm, in the Canal Court Hotel, and the union is encouraging all school representatives to attend.

Gerry Murphy, the Northern Secretary of the Irish National Teachers’ Organisation, said the ballot results mean that on Friday, March 13, INTO members will stand alongside their trade union colleagues in demonstrations organised by NIC-ICTU.

“This result quite frankly speaks for itself,” he said. “Our members are saying ‘enough is enough’.

“INTO members have had enough of their profession being ripped apart to balance the Stormont budget. They demand and expect change.”

The results of the ballot comes just a week after INTO held their annual Northern Conference in Limavady, where the Education Minister John O’Dowd was candidly told “enough is enough”.

Mr Murphy, who addressed the Minister at the conference, said he will now be holding an emergency meeting of the Northern Executive to determine the nature of the industrial action.

He said: “That meeting will determine the nature and scope of the industrial action that our members will undertake. These actions will send a clear message to those in authority that change must now occur.

“Our action will target those who are responsible for the cuts in our education system. INTO will ensure the voice of its members is heard loudly and clearly in the corridors of power by those who insist that austerity is a given.

“INTO members are demanding a restoration of their professional status. INTO will now prepare for a campaign to take forward the members’ demands and the campaign will continue until they are met.

“The window of opportunity for those in power to alter course and agree with INTO an alternate education strategy is closing fast.

“If there is no engagement before our industrial action begins, then the responsibility for the consequences of our action will lie with those who know the cost of educating a child but not the value.

“INTO is no longer prepared to allow the teaching profession to be devalued and the education of today’s young people and future generations to be tossed on the bonfire of austerity.

“It is not too late for those in authority to reflect on the message coming out of this ballot.”