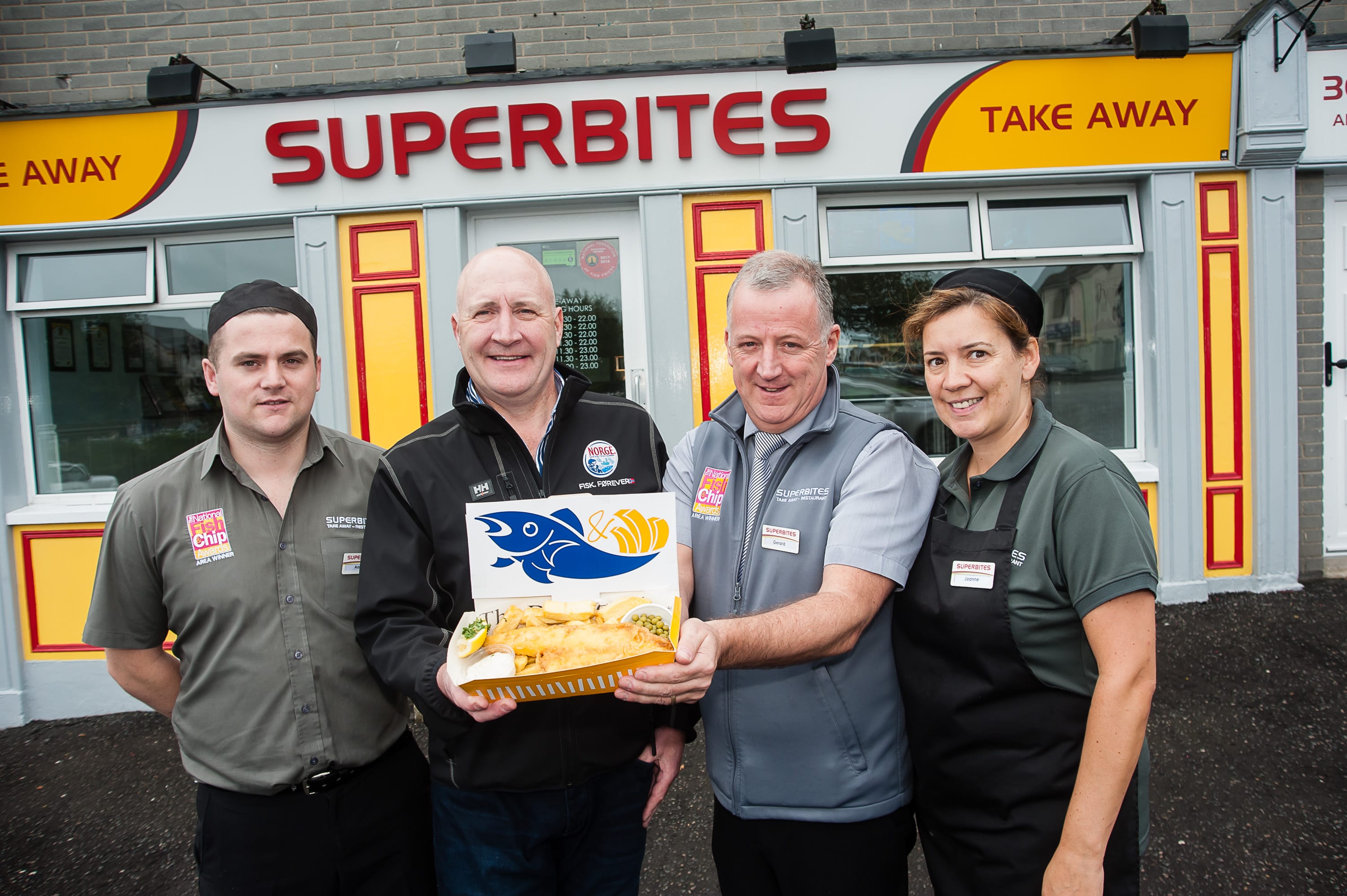 A County Armagh takeaway has been named as one of Northern Ireland’s top two fish and chip shops.

The accolade falls to Superbites in Crossmaglen, and was revealed today (Tuesday), as part of the 30th anniversary National Fish & Chip Awards, organised by Seafish.

Following rigorous judging, Superbites will now ‘fry’ for glory against The Dolphin Takeaway in Dungannon,  in the race to become Northern Ireland’s best chip shop in the Fish and Chip Shop of the Year Award, one of 15 categories in the 2018 National Fish & Chip Awards – aptly known as the ‘Oscars’ of the fish and chip industry.

Representing the best takeaway fish and chip shops, the finalists will now compete for their place in the final and a chance to claim the ultimate honour of being crowned number one in the UK.

The competing shops have had their frying skills put to the test as well as being assessed against a variety of judging criteria, including menu development and innovation, sustainable sourcing policies, staff training processes and marketing activity.

Over the coming week, the top 20 will be subjected to further assessment with judges making unannounced visits to undertake full business audits and additional appraisal of the fish and chips on offer. This next judging stage will determine a top 10 list of shops who will progress to the final stage of the competition to be held in London in January 2018.

Marcus Coleman, Chief Executive at Seafish, said: “Fish and chips are Britain’s national dish, loved by millions across the country. With their origins dating back to the 1860s, we’re proud to continue raising the quality with this competition, ensuring that the high quality standards that have helped make it the national’s favourite dish continue to be met for generations to come.

“Our Fish and Chip Shop of the Year Award is the highest accolade for a fish and chip shop to win. This category is renowned for its fierce competition and our top 20 showcase the best talent that there is in the sector right now.”

“As Northern Ireland’s top shops go head-to-head to secure their place in the final, I’ll look forward to seeing who fry’s out on top.”

Olivia Shuttleworth, brand manager for AAK, said: “We’re very proud to sponsor The National Fish & Chip Awards. This shortlist represents the best in the business – the people and businesses who really know how to serve the nation’s favourite dish.

“When independent businesses invest in the best possible ingredients, they need to be able to rely on their frying oil to cook food to the highest standards, at each and every fry. We’re proud that so many takeaways trust our products to create the food that keep customers coming back for more.”

The winner of the Fish and Chip Shop of the Year Award will be announced at The National Fish & Chip Awards’ 30th anniversary ceremony in London on 25 January 2018.