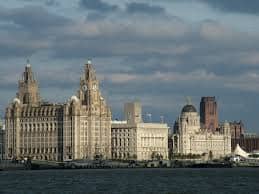 A Co Armagh man is among four men arrested in Liverpool in England today on suspicion of possession with intent to supply Class A controlled drugs.

Detectives from the Investigation wing of the Matrix Serious and Organised Crime team arrested the four men following the seizure of six kilos of what is believed to be cocaine earlier today (Friday).

The men were detained following a stop check shortly after midday in Crosby on Merseyside. Officers recovered the drugs following a search of the men from the vehicle.

Subsequently all four men were arrested on suspicion of possession with intent to supply Class A controlled drugs.

As a result of information following the arrests detectives executed warrants in Thornton, Crosby and Orrell Park.

Searches are ongoing at the properties.

DCI Neil Clark, of the Matrix Serious Organised Crime team in Liverpool, said: “These arrests reaffirm our commitment to tackling drug supply and supports the force’s wider Serious and Organised Crime Strategy which was launched earlier this week.

All four men remain in police custody at this time.