Children denied education ‘on their doorstep’! 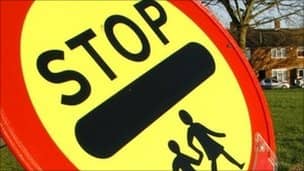 SOME families in the Portadown area have been left questioning the logic of education officials after being sent rejection letters from their first preference primary schools.

And Upper Bann DUP MP David Simpson has said he has spoken to schools who said families living within a half mile radius of their first-choice school had been refused a place.

The situation is so extreme in some cases that parents are considering selling up their homes to move closer to their chosen school.

One father from the Ballyhannon area of the town has seen his son turned down for a place in Bocombra Primary School in September – despite the family living just 0.4 miles from the school gates.

He says they must now wait for the result of an independent tribunal, which will decide whether an extra place at Bocombra can be found.

If not, the family will have to send the boy to Moyallon, Seagoe or Edenderry. They have even written to Southern Education and Library Board chief executive Tony Murphy to plead their case.

Mr Simpson has met with a number of school principals on the issue.

And he has now contacted the Department of Education to find out “exactly how they plan to address these shortages”.

The MP stated: “Schools have reported that those living beyond a 0.5 mile radius were refused a place. Parents are now considering selling up and moving closer to their chosen school.

“This shows how real this education crisis ahead is. I have worked with the SELB and the Department to secure additional pre-school provision throughout the towns and villages within my constituency but have been left dismayed that here we are again fighting for the most important in our society.

“Our children are our future and education is something that we should not scrimp and save on. Families are already feeling the pressure with the current economic climate and this is something that they did not need nor expect to be faced with.

“The Department of Education must review the current provision but must assure parents and teaching staff that we will not be left with oversized classes in the future.

“I urge anyone with concerns to contact my constituency office and I will relay all of these concerns to the Department.”