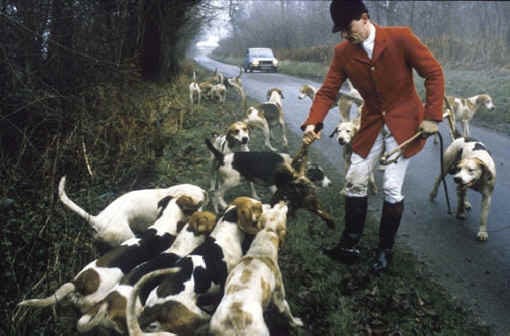 The USPCA made the call after Prime Minister David Cameron was forced to axe a vote yesterday (Wednesday), which would have led to a ‘watering down’ of laws in England and Wales.

It was 10 years ago – under mounting pressure from animal rights campaigners – that the bloodsport was made illegal in both parts of the UK with the creation of the Hunting Act 2005. .

Yesterday David Cameron did a U-turn in the face of an embarrassing House of Commons defeat.

The Prime Minister had been aiming to rush through a vote which would have led to the rules on hunting with dogs being relaxed.

However, Scotland’s 56 MPs were prepared to break with their normal tradition of not voting on matters which pertained to England and align with Labour to overturn Mr Cameron’s attempts to change the legislation.

It was a move which the Prime Minister described as “opportunistic” but he was forced to cancel the vote or face a humiliating defeat.

The cancellation of the vote has been welcomed by the USPCA charity.

And it went one further and said it was time to act now to make hunting with dogs illegal here, as the Province was “lagging behind” in this regard.

The charity, via its Facebook page, said: “It is a priority to get a Hunting Bill before the Assembly and establish the depth of support for a ban that would bring us into line with our UK counterparts.”