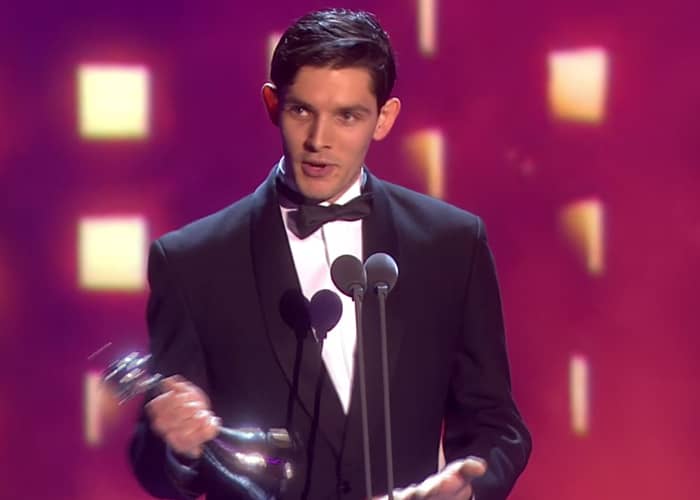 Colin beat Benedict Cumberbatch, Matt Smith and Daniel Mays to win the award for his role in the flagship fantasy show, which ended after five series in December.

“It’s been a five-year journey, so it’s a huge honour to end on a high and get the recognition from the fans,” he said backstage after winning the award.

The people of Armagh are rightly proud of the 26-year-old’s success and this surely caps his career to date!

The young actor – originally from Knockamel Park in the city – was born on New Year’s Day in 1986 and attended the Integrated College in Dungannon. During his third year, he won the Denis Rooney Associates Cup awarded to the best overall student of that academic year.

After gaining a National Diploma in Performing Arts for Acting – and studying at Belfast Institute of Further and Higher Education in 2004 – he went on to study at the Royal Conservatoire of Scotland in Glasgow, from which he graduated five years ago.

After a stint on the stage, TV and film soon beckoned.
Now you’d be forgiven for thinking Colin was born to play the part of history’s most famous sorcerer. He was warming up for the role when he was just three!

“Even when I was really young I wanted to perform and do shows,” he explained. “I also had this fascination with magic. I was doing magic tricks when I was three. If I ever saw magic on television I would say, ‘I want that. That’s what I want from Santa Claus’. So the cupboard in my bedroom was full of boxes of magic tricks, cups and balls, cards and foam rabbits, all sorts of stuff.”

It’s little surprise, then, that Colin leapt at the opportunity of playing the young Merlin.
“When they told me I’d been cast I was ridiculously delighted. I ran around my flat screaming,” he admits.

Born and raised in Armagh, Colin came from a family with no background in acting whatsoever.
“My mother is a nurse and dad is a painter and decorator. So it was not an obvious choice of career for me,” he says.

But, as his early magic shows testified, he had a burning desire to perform from an early age.
Colin has also appeared previously on other hit television series, including The Catherine Tate Show and Doctor Who. And his success shows no sign of letting up either – just this year he won the Best Actor gong at the Virgin Media TV Awards!

That has now been capped with last night’s win at the National Television Awards, presented by Tess Daly, in front of a veritable feast of talent. Who knows what will beckon next for Armagh’s home-grown star!