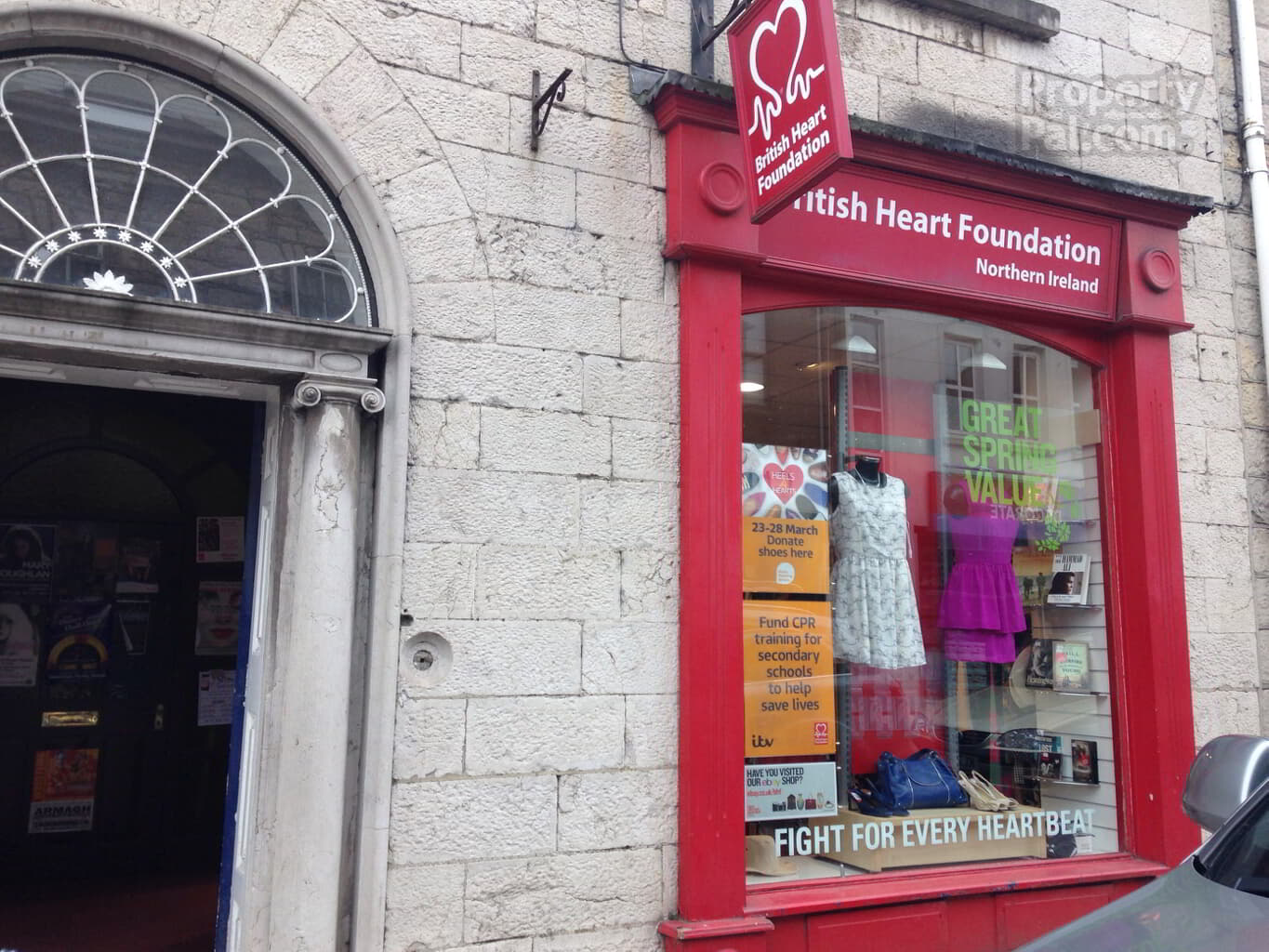 One of Armagh’s longest-established charity shops will be closing its doors in three weeks time.

After more than a decade raising money for vital research, the British Heart Foundation shop is quitting the city.

BHF spokesperson Sarah Kirk confirmed the decision to Armagh I and urged the public to continue to support the charity’s work through its other stores in neighbouring towns and cities.

While charities are exempt from paying rates, she confirmed that the decision was taken in light of maximising profits for the good of the crucial work which the organisation undertakes.

The lease will not be renewed and the shop, located at 38 Scotch Street, will cease trading on Saturday, April 18.

Ms Kirk told Armagh I: “BHF Northern Ireland is always seeking to get the most out of its shops in order to be able to help as many local people as possible who are affected by heart disease. “Sometimes we need to move the locations of certain shops to be able to make as much profit as possible, which goes towards funding essential research into heart disease and supporting those touched by it.

“We would like to thank all our staff, volunteers and customers who have supported the shop over the years.”

The withdrawal of the shop at Scotch Street is a further loss to Armagh city which has witnessed numerous shops and businesses pull out in recent months.

And the revaluation of rates, while not affecting charities themselves, also has the potential to force other businesses under.

Local political representatives have expressed fears that Armagh and surrounding towns in the district could see major changes to their commercial offerings, with the potential for many more closures, when the new valuations come into effect.

For now, Armagh will sadly be left with another empty unit on one of its main shopping streets unless an alternative tenant can be found.

The BHF premises is already being advertised for rent ahead of the charity leaving.

It is being described as a “large unit” which would be “ideal as a boutique or charity shop”.

The British Heart Foundation, meanwhile, says its shops have a “strong local presence” and asked the people of Armagh to continue to support their efforts through their outlets at 23 Hill Street in Newry, and at 17 Market Street, Portadown.

Ms Kirk added: “We’d like to encourage local people to keep supporting us by volunteering, shopping and donating, and we will continue to offer a free collection service in Armagh for people who wish to donate goods.”