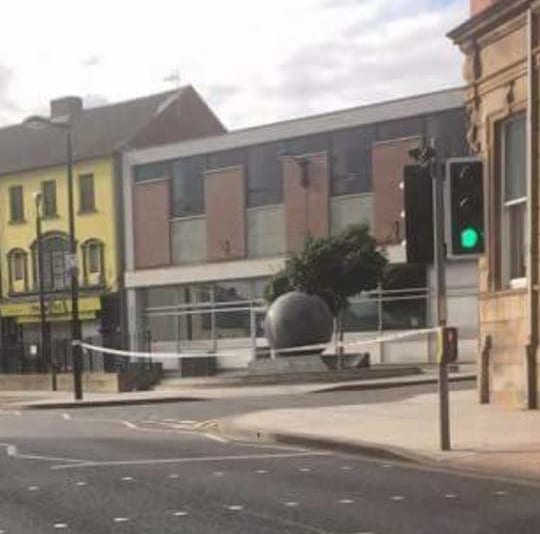 The body of a man was found at a house in Armagh early on Sunday morning.

Police and ambulance attended the scene in the Abbey Street area of the city.

The entire street was cordoned off for a number of hours as part of the initial investigation into the incident, and reopened before midday.

Police are not treating the death as suspicious.

A PSNI spokesman told Armagh I: “Police attended the sudden death of a man in the Abbey Street area of Armagh on the morning of Sunday, August 30. The death is being treated as non suspicious.” Police cordon at the bottom of Abbey Street, Armagh