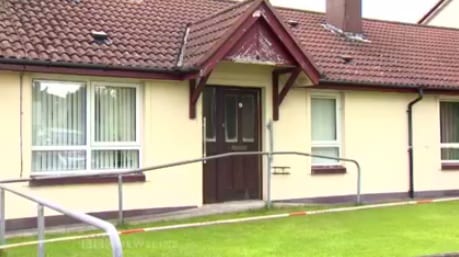 A county Armagh pensioner attacked in his bed by three men may have been stabbed with a hook, police have revealed.

Eugene Carr, who is in his seventies, sustained serious injury in the incident at his home in Clogharevan Park, Bessbrook during the early hours of 31st August.

Detectives are making a further appeal for witnesses.

Detective Inspector David Henderson explains: “The elderly, vulnerable victim of this horrendous crime was in bed at around 2.30am on Monday morning when three men burst into his room.

“They ransacked the bedroom and attacked him with a sharp implement, possibly a hook.

“The man sustained multiple serious stab wounds and remains in a critical condition in hospital.

“We have heard from several witnesses who were in the area at the time and we are grateful for their help, however we are keen to speak to others who have not yet come forward.

“We know from CCTV that there were several vehicles travelling on the McShanes Road at around the time the three men made their escape from the gentleman’s home. “I would like to appeal specifically to any motorist who was travelling on that stretch of road between 1.30am and 3.30am and who may have seen the three men or anything else that could be useful to investigators.

“This was a vile and terrifying attack on a vulnerable man in his own home, in the dead of night and we want to identify the callous criminals responsible and bring them to justice.

“Witnesses or anyone who believes they can assist in the investigation in anyway can contact detectives at Ardmore Reactive and Organised Crime on the non-emergency number 101.”

Alternatively information about crime can also be given anonymously to the Crimestoppers charity on 0800 555 111.

Sinn Féin councillor Roisin Mulgrew has said new revelations about the stabbing make it all the more imperative that the culprits are caught and caught quickly.

“The PSNI have now released information indicating that the weapon used to stab this defenceless pensioner may have been a hook,” she said.
“This latest detail only goes to highlight the level of depravity employed by these thugs.  People who are capable of this level of barbarity are a very real danger to society and they must be caught quickly.
“I’d urge everyone from the area to think hard about where they were when the attack happened and if they noticed anything at all that could help police apprehend these monsters before anyone else is hurt.
“There is utter revulsion in the community at this attack and our thoughts and prayers remain with the victim of this harrowing experience.”
RelatedBessbrookBurglary