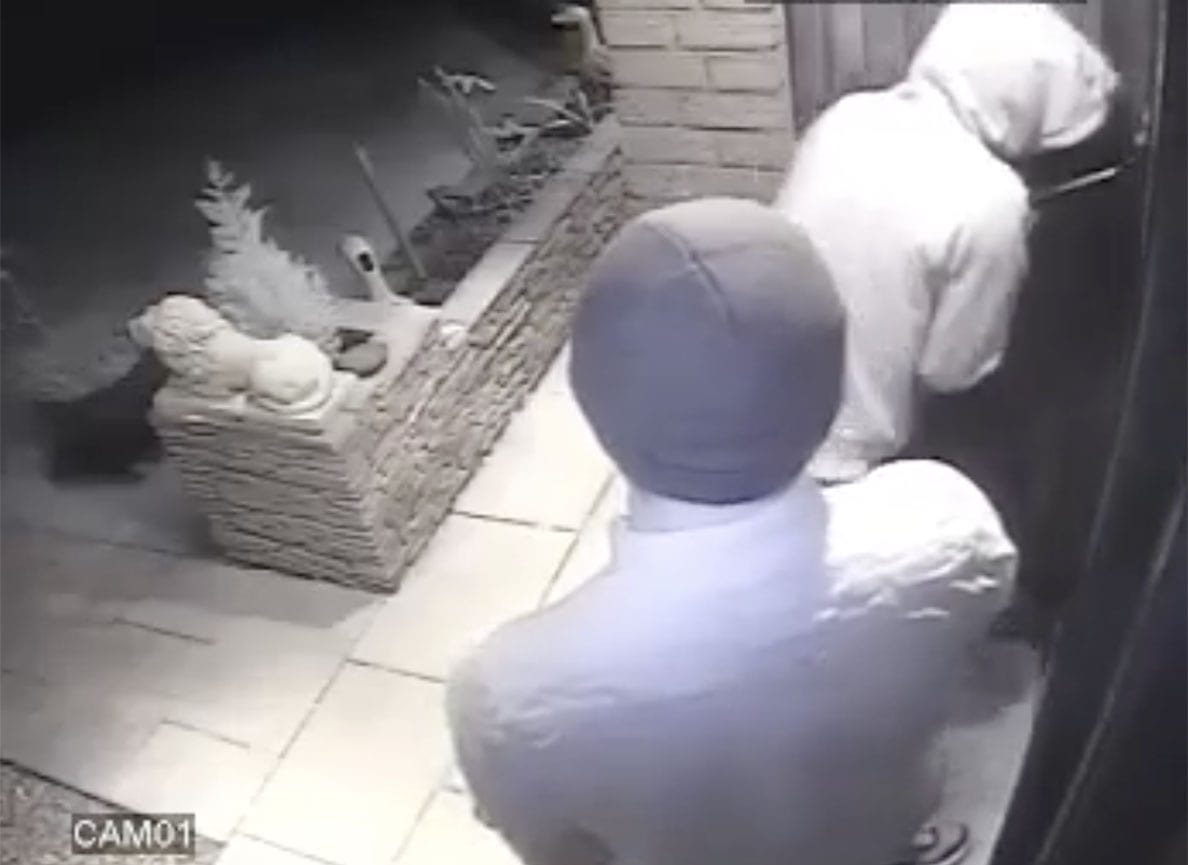 CCTV footage has emerged of a burglary in progress in Bessbrook.

A number of houses in the south Armagh area were targeted over the past week.

And now Bessbrook Community Residents Association has shared footage of two men caught of camera breaking into a house.

The video was taken shortly before 10.30pm on Friday night past, November 16.

It shows two males – one wearing a hooded top and the other a hat pulled low on his face.

Both emerge around the corner of the house and take turns in looking through the door.

They then produce what appears to be a screwdriver or crowbar and use it to force open the door before going inside.

They re-emerge a short time later, speeding from the house, before going back inside for mere seconds before coming back outside and running from the scene.

The video has been shared over 1,000 times and has prompted an angry public reaction for the two and their callous disregard for other people and their property.

In posting the video, Bessbrook Community Residents Association stated: “WE NEED YOUR HELP! – can you identify these 2 individuals? they recently burgled a house In Bessbrook, and any information you can supply will be treated in the strictest of confidence – please call or txt 07867536133.”