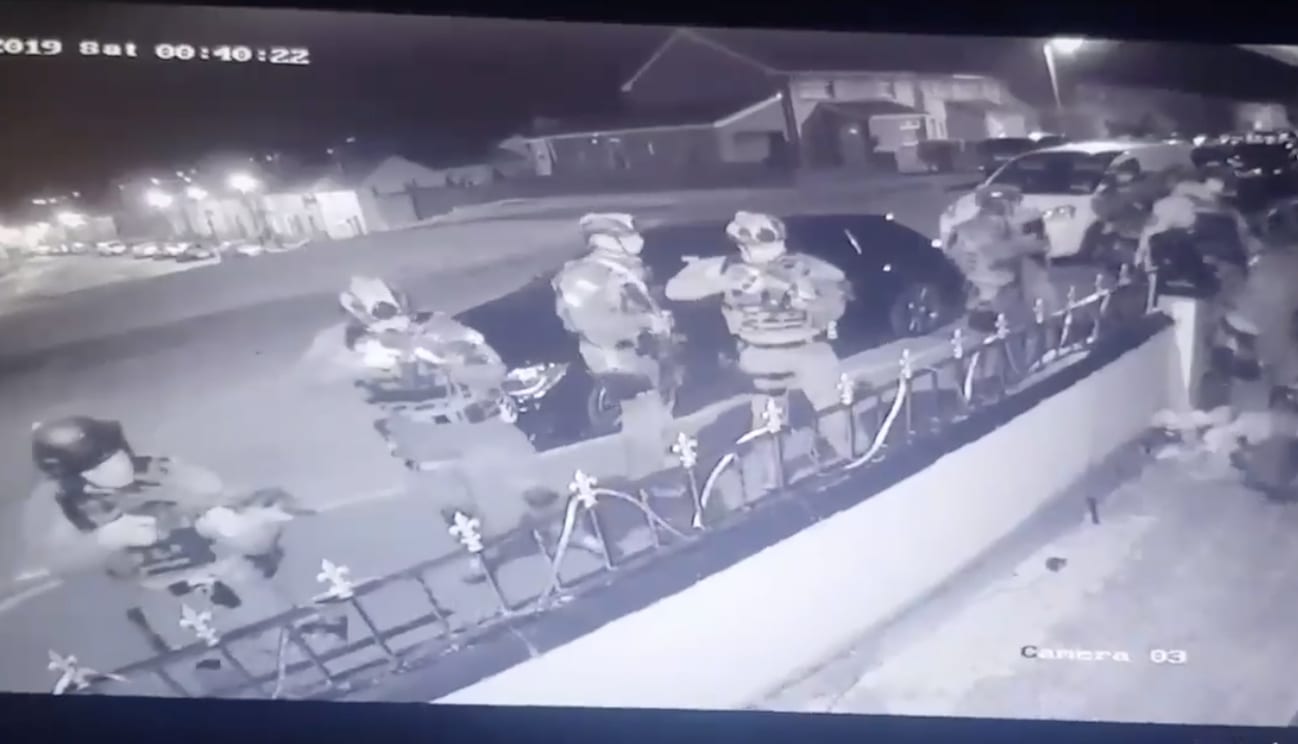 This is the moment heavily armed police storm a property in the Bessbrook area of south Armagh.

The video, which was released by dissident republican group Saoradh, shows nine heavily armed police officers emerge from a large white van before pointing their weaponry at a house in the village.

The officers are also seen to be carrying other large equipment during their search of the property earlier this month.

Police confirmed that they conducted a search at a premises in the Bessbrook area on Saturday, January 5 under Article 52 Firearms NI Order 2004 and Article 10 PACE.

Newry Saoradh representative Stephen Murney described the CCTV obtained by the group as “shocking footage” that was both “concerning” and “disturbing”.

Mr Murney added: “Regardless of which section of the Crown Forces these operatives belong to….and irrespective of their reasons for being on our streets, they are not wanted or welcome.”

A PSNI spokesperson confirmed that an investigation is ongoing following the search.