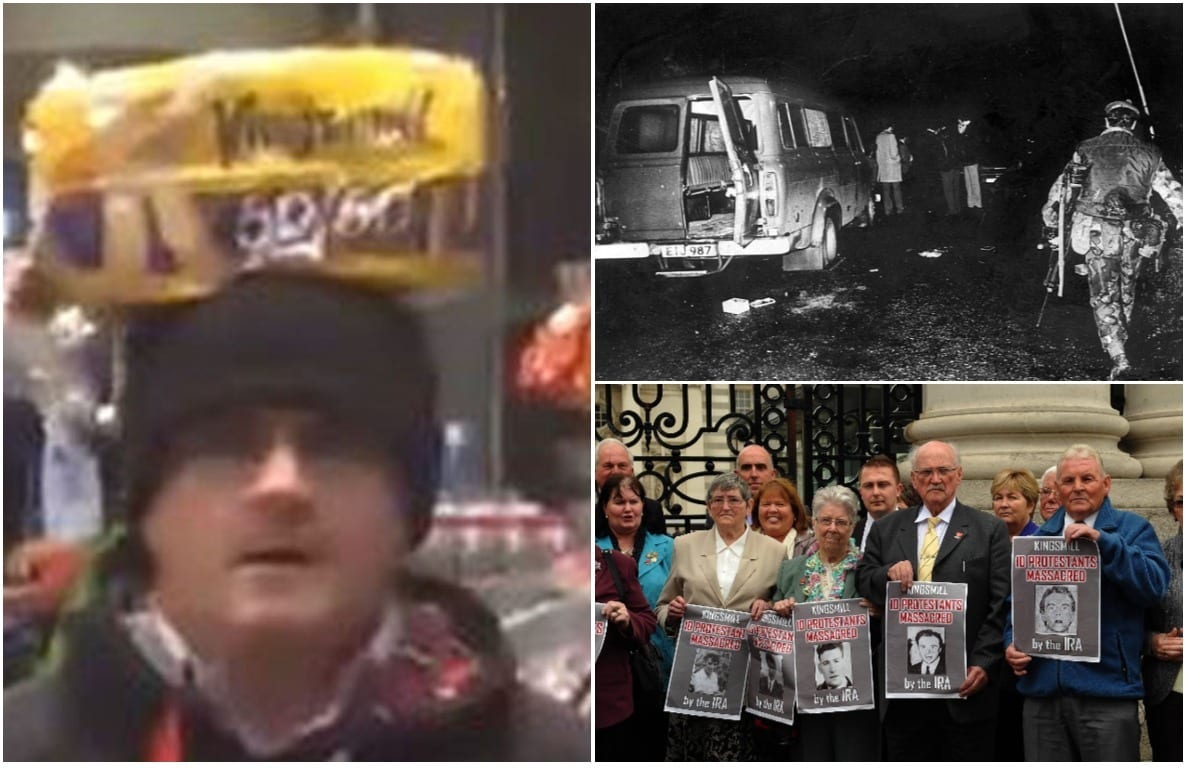 A Sinn Fein MP who caused outrage over a video he posted on Twitter said he’d be “very willing” to meet with the victims’ families following the incident on Friday.

West Tyrone MP Barry McElduff posted a video of himself with a loaf of Kingsmill bread on his head on the anniversary of the Kingsmills Massacre.

Ten Protestant workmen were killed on January 5, 1976, in south Armagh when they were taken from their minibus, lined up and shot.

He has since deleted the video.

Mr McElduff denied that the video – which showed himself balancing the loaf of bread on his head in a supermarket aisle – had been timed to coincide with or linked in any way to the Kingsmills Massacre.

However, the sister of one of those killed said the families would meet with Mr McElduff.

May Quinn’s brother, Bobby Walker, was the driver of the minibus that night.

“My brother was one of the best men that walked the earth, wouldn’t have harmed a fly,” she told the Belfast Telegraph.

On meeting with Mr McElduff, she said: “I would meet him, and he would take whatever I would say to him. And it wouldn’t be very nice I can tell you that. I don’t know what sort of a person he is at all, making jokes about the dead.”

“Shame on any elected rep who posted that inhuman video. I feel sorry for IRA victims & West Tyrone who have McElduff as their MP.

“All murder was wrong. Glorifying any murderer is sickening. Mocking is depraved.”

An inquest into the Kingsmill massacre is still running at a court in Belfast.