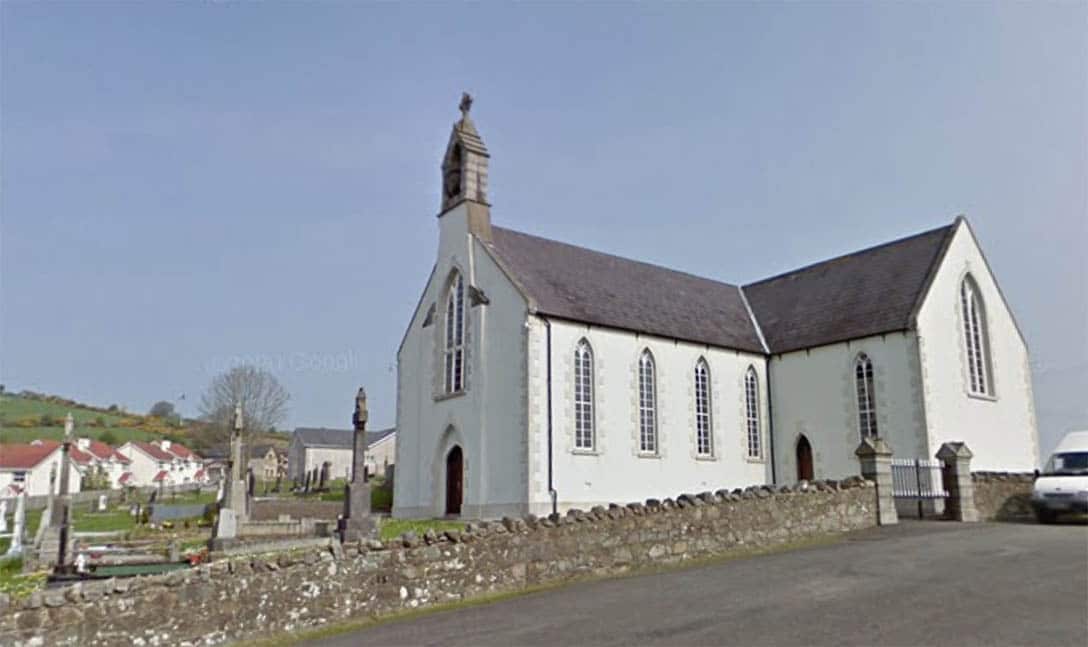 Approval is being sought to carry out urgent repairs on an historic south Armagh church which has been hit with a “serious dry rot” problem.

The Church of the Sacred Heart at Lislea – which was built around 1853 – first experienced problems with dry rot in 2017.

This came after a major repair project had been completed on the roof three years earlier.

Now the Parish of Lower Killeavey, with an address in Bessbrook, is seeking listed building consent to carry out urgent works.

The chapel at Hall Road in Lislea is in need of “conservation repairs”.

An application has been submitted to Newry, Mourne and Down District Council asking permission for works to “address the dry rot outbreak and associated defects”.

This will include re-roofing, the removal of existing external paint surfaces and redecoration, as well as the removal of internal dry lining and plaster and replastering.

The applicant appointed Belfast-based Consarc Conservation to lead the project.

A submission to council reveals that the accredited conservation architect Dawson Stelfox had been appointed to advise the parish on the reasons behind the “substantial” dry rot outbreak and remedial works.

A detailed report was prepared last summer and, according to a design and access statement, “further propping and investigative works were also recommended to help stabilise the church structure and inform the scope of remedial works required”.

This took place in December.

The worst affected area has a screened scaffold erected around it since 2018 with propping of affected timbers.

Council has been told that the required works will not involve any material change to the building. But much of what would be involved will be “undoing works” carried out between 2013 and 2015 which, council is told, “we believe to have triggered the dry rot outbreak”.

There are many elements to the works required.

Among these, the four main roof trusses in the church have been “badly affected” to the extent that “significant replacement of rotted timbers is required”. Given high moisture levels, drying lining will also have to be stripped off all three gables.

There is also dry rot in the Sacristy roof which has spread into the rafters and it is likely this area will need to be completely re-roofed.

The application for listed building consent is now being considered by council but no official planning application will be required in addition to these permissions.