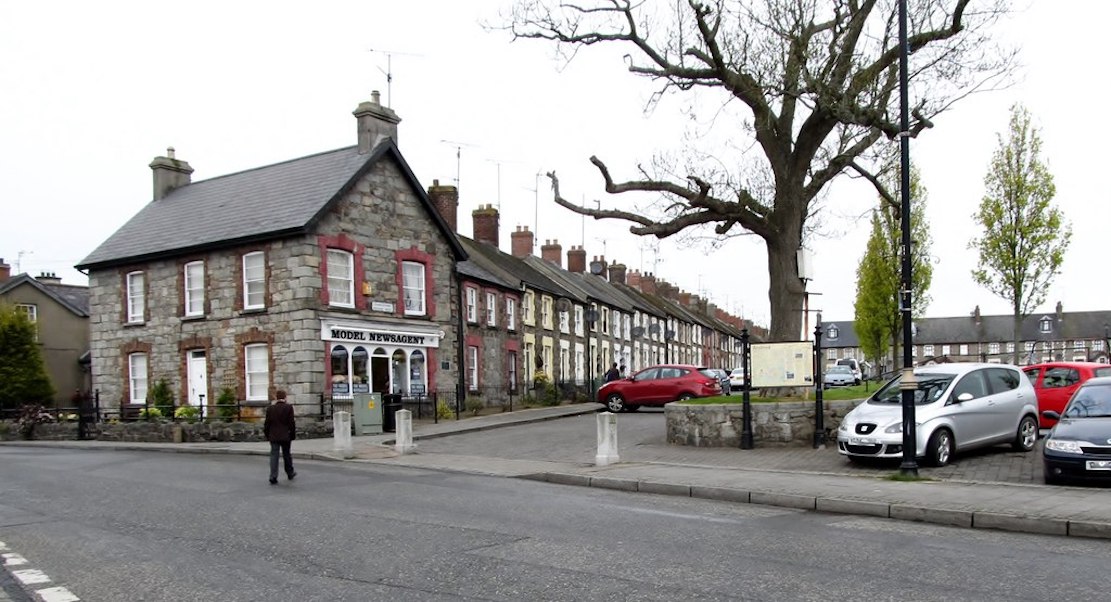 A former mill, turned army barracks, abandoned for the best part of 20 years is a reflection of the “legacy piecemeal and disjointed approach to the development of Bessbrook“.

A report tabled by Newry, Mourne and Down District Council earlier this month stated that residents believe the lack of movement on any plans to rejuvenate the decaying south Armagh village validates “a feeling within the community that Bessbrook’s needs and more importantly, its potential, have been neglected”.

An online consultation with a number of residents and key stakeholders, looking at ways to drastically improve the model village, took pace in July with a report detailing those discussions – and high hopes for the future – brought back before Council in January.

With a population just shy of 3,000 inhabitants, Bessbrook  – according to the most recent NI Multiple Deprivation measure – is among the 20% most deprived wards in Northern Ireland.

But plans are in the pipeline to change that sobering statistic.

Key issues brought up at the summer meeting included: lack of signage to welcome visitors; condition of backways behind several of the 19th century terraces in the village; poor state of repair of former handball alley adjacent to town hall; inadequate pedestrian walkways at various points; and a need for cycle paths in and around the village.

It was the unanimous view that these issues should be addressed in an overarching Master Plan for the village.

Read more: Historic linen mill and former Army base to be transformed into 270 apartments and townhouses

In the short term it was hoped to have welcome and directional signage, noting Bessbrook’s unique history and significance as a model village, or its status as a conservation area.

The report stated that Derrymore Wood and House is marketed as being in the area but that there is “no signage in village to indicate how to get there”. Similarly, that too is the case for Bessbrook Mill, pond and village’s 19th century squares.

The back ways of Charlemont Square, O’Donoghue Park and Thomas Street have long been neglected and regularly attract fly-tippers. The ownership of these backways is either disputed or unknown and is hampering efforts to keep them maintained.

Extending the path around Mill Pond and developing a public right of way from Craigmore into a pedestrian/cycle path leading to village centre was high on the agenda of potential works, as was the clearing of undergrowth around Bessbrook Mill and creating a path linking the mill buildings to the pond.

As too was the creation of a walkway from the old tram station to Millvale.

Residents said cycle paths should be given consideration in all future projects which plan to attract more visitors to Bessbrook.

In the longer term, there are hopes to transform the old handball alley, adjacent to the town hall. The sport was very popular in the area in the past but as its popularity declined the facility became derelict.

Given its prime village centre location, consultees were of the view that finding an alternative use for this space, which was estimated at a cost of £200,000, should be prioritised.

The overarching desire is to see a Bessbrook Masterplan commissioned to address the challenges highlighted in the report, which “are seen by consultees as the legacy piecemeal and disjointed approach to the development of Bessbrook from the closure of the mill and its conversion into a major army base and heliport (for two decades the busiest in Western Europe)”.

It adds: “That very large site has now been abandoned for 20 years. But the departure of the military was not followed, as had been anticipated at the time by the long-suffering villagers, by a redevelopment dividend.

“The community of Bessbrook are of the view that the prioritisation of a development plan for Bessbrook, which includes its historic mill, is long overdue.”

The report further highlights the fact that this is eight years after a comprehensive 2012 report was completed, which “would seem to confirm that validity of the feeling within the community that Bessbrook’s needs and more importantly, its potential, have been neglected”.

Consultees agreed that it was now time for central and local government to come together with the residents of the village to make Bessbrook “the great place to live and work in and to visit that it could be”.

The report referenced a business analogy to defend against doing absolutely nothing with this information.

“In the world of business, companies which do not invest in new products/facilities are doomed to failure. This is also true if towns and villages. Though their failure may be longer drawn out processes, consequences for residents and economy can be no less devastating.”

However, the benefits of investment, the report concludes, could see a greater number of visitors and high level of spend, safer footpaths and ease of movement for residents and visitors, with new path and cycle lanes comes added health benefits, which in all would help secure the long-term sustainability of the village.