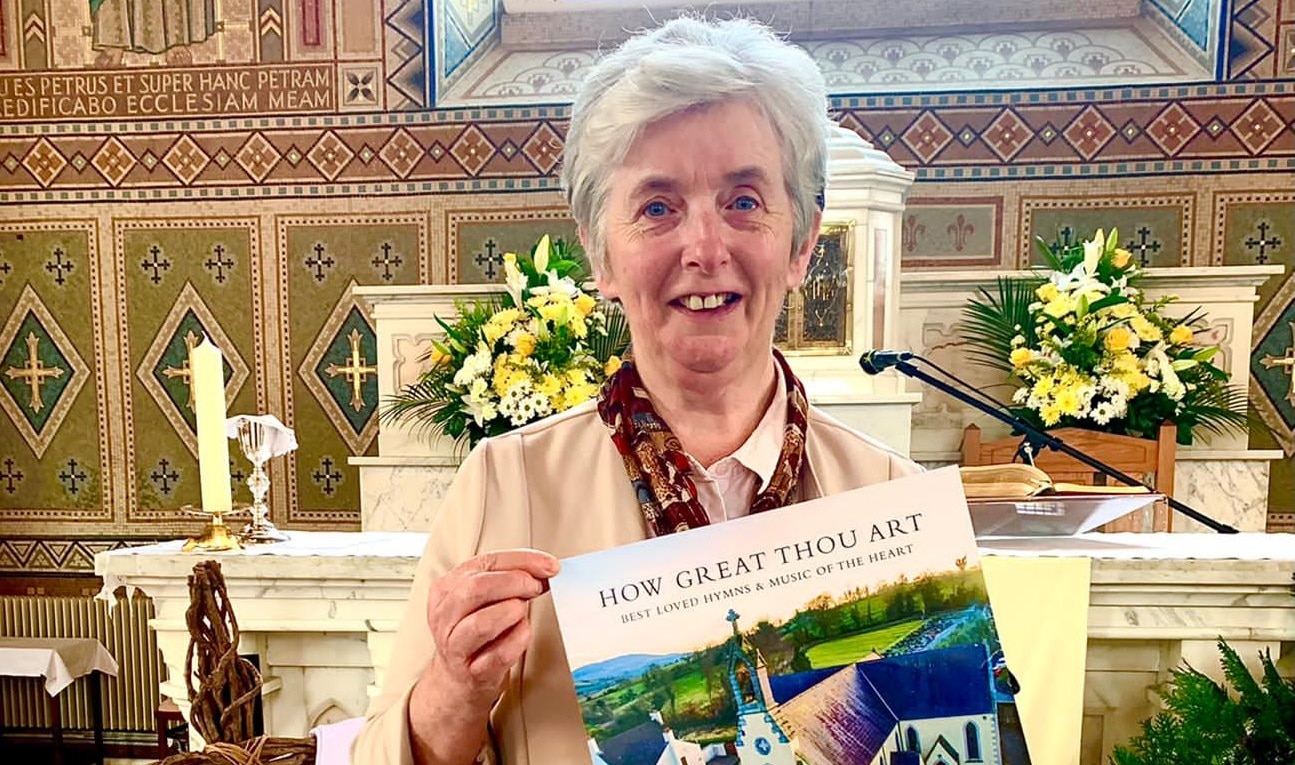 Many of us may have dreamed of releasing an album, but for one County Armagh woman that has become a reality which has been 60 years in the making.

Kathleen Moore first began her singing career within the walls of St Peter & St Paul’s Chapel in Bessbrook at the tender age of seven.

The intervening years have seen her making annual pilgrimages to Lourdes with the Armagh Diocesan Lourdes choir and even performing in front of Pope Francis during his papal visit back in 2018.

Now the 67-year-old has taken on a whole new challenge of releasing her debut album to raise funds for the renovation of her Bessbrook chapel.

Speaking to Armagh I, she joked: “I have been in the choir since I was seven, making a noise anyway, I don’t know if you would call it singing.”

Kathleen has been involved in parish work for a number of years and back in 2017 joined a committee which aimed to raise in excess of £550,000 to renovate and restore the much loved chapel.

“Like everyone else last year there was nothing doing with the lockdown,” she admitted. “So this was an idea I sort of came up with whilst I was twiddling my thumbs at home.

“There’s a woman in the Church of Ireland used to tell me when she would have their church sales ‘every pot of jam you sell is still another bit in the pot’.”

Summing up her feelings towards the church, Kathleen commented: “It’s our life really. If we don’t have a bit of faith it is hard to get through each day.”

Despite her deep connections to Bessbrook, Kathleen actually spent many of her early years in Granemore; she recalls numerous nights of her mother singing whilst her father played the fiddle in those days at many a céilí.

For almost 150 years, the bell at the church of St Peter & St Paul has tolled across the picturesque village of Bessbrook calling people to prayer and song.

On a dark evening last November, however, that bell rang out with a new and special significance, heralding the first sound you’ll hear on Kathleen’s album ‘How Great Thou Art’.

“It was a cold time of year,” she commented, “especially in out chapel, which is so cold and draughty, so we did it then and spent December getting all the pieces together.”

All was ready for promotion, but this was put on hold following the loss of Kathleen’s twin, Elizabeth, tragically passed away in January due to Covid.

“When she died there was no mass or anything, she died at quarter to four, she was placed in a body bag, put in the coffin and buried within 24 hours. It was tough.

“A couple of weeks after that, she could have had mass but that was the relevant guidelines at the time.”

Kathleen revealed that her sister was fond of singing but had spent the last few years in a nursing home, while her brother, who has a learning disability, is still involved in the church.

Speaking about the album, she said: “You cannot get CDs with all of the older hymns, which a lot of the older generation remember. So it is a mix of traditional hymns and newer ones our chapel will be familiar with.

“There was a lady came to me last week, she had a dead relative in England and was making funeral arrangements but she was not allowed to have a singer, so I sent her away with my CD.”

She joked: “So I have made it across the water, it’s not quite the West End but sure!”

The album, in which Kathleen is accompanied by organist Colm Murphy and pianist Doreen Finnegan, can be bought either as a physical copy in various locations or downloaded here.