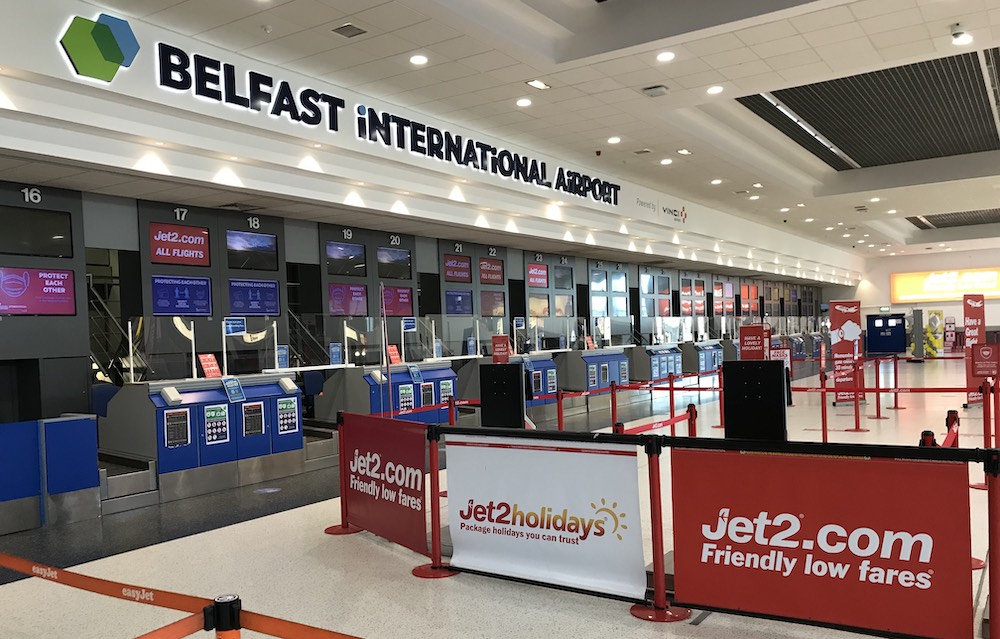 A County Armagh man who launched a tirade of “foul and abusive” language at a flight attendant when he was ejected from a plane over a face mask was handed a three month prison sentence today (Tuesday).

A prosecuting lawyer told the court police were called to the airport on December 6 last year following reports of passengers refusing to leave an aircraft because of a “dispute over failing to wear face masks properly.”

As McDonagh began to collect his belongings “he became aggressive and abusive” towards cabin crew, calling a female flight attendant a “racist f****** whore and wishing all her family were burned.”

“He was given a final warning but he continued to shout at her,” said the lawyer, adding that McDonagh continued to be disorderly on the tarmac outside the plane but even when arrested “he continued to struggle and shout.”

McDonagh, from Dobson’s Way in Bessbrook, later pleaded guilty to assault, disorderly behaviour, using threatening, abusive or insulting language and being an unauthorised person on board an aircraft.

Defence solicitor John Rocks said McDonagh “apologised for his behaviour and accepts entirely that his behaviour was extremely unsavoury.”

Imposing the fines and suspended jail sentence, District Judge Nigel Broderick said the offences were aggravated because of McDonagh’s “foul and abusive behaviour….and I have no doubt that your behaviour would have caused a degree of unpleasantness to say the least.”