They thought they'd got away with it but they were very, very wrong!! 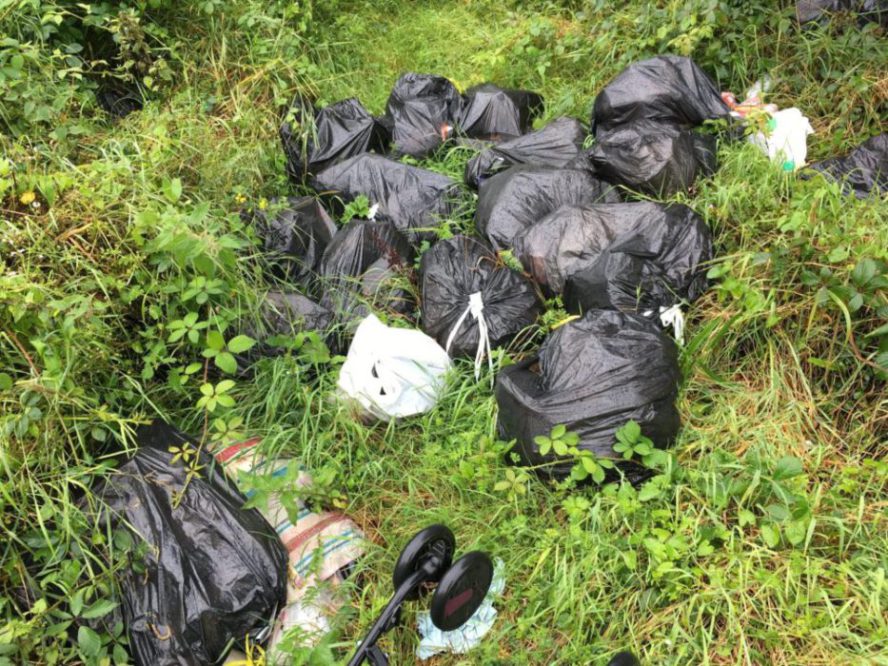 A picture taken at the scene of the litter dumping

Fly-tippers who thought they were above the law found out they were far from it after being tracked down and slapped with fixed penalties for littering.

It was a case of ‘be sure your bins will find you out’ in Bessbrook as this disgraceful scene on Green Road had a satisfactory ending.

Slieve Gullion area Sinn Féin Councillor Declan Murphy has welcomed the result, and said that littering and fly-tipping continues to be something the majority of residents will not tolerate.

He made his comments after confirming that those involved in the recent dumping of rubbish on public ground in the Green Road area had been identified by Newry, Mourne and Down District Council environmental health officers and have now received a fixed penalty littering fine.

Said Councillor Murphy: “There was a lot of anger amongst residents about this littering incident, particularly given the fact that the council amenity site is less than a mile away from where it happened.

“The perpetrators were identified and have now received a fixed penalty.

“This action has been welcomed by many local residents.

“Littering  and fly-tipping are socially unacceptable. Communities want to see a clean and healthy environment free from indiscriminate littering.

“These are the biggest source of complaints council receives from residents and people are demanding that we deal with these problems.

“Enforcement plays an important role in litter prevention, alongside education, communications and infrastructure.

“Issuing and enforcing fines shows that the problem is being taken seriously by council, and that they are serious about tackling it.”