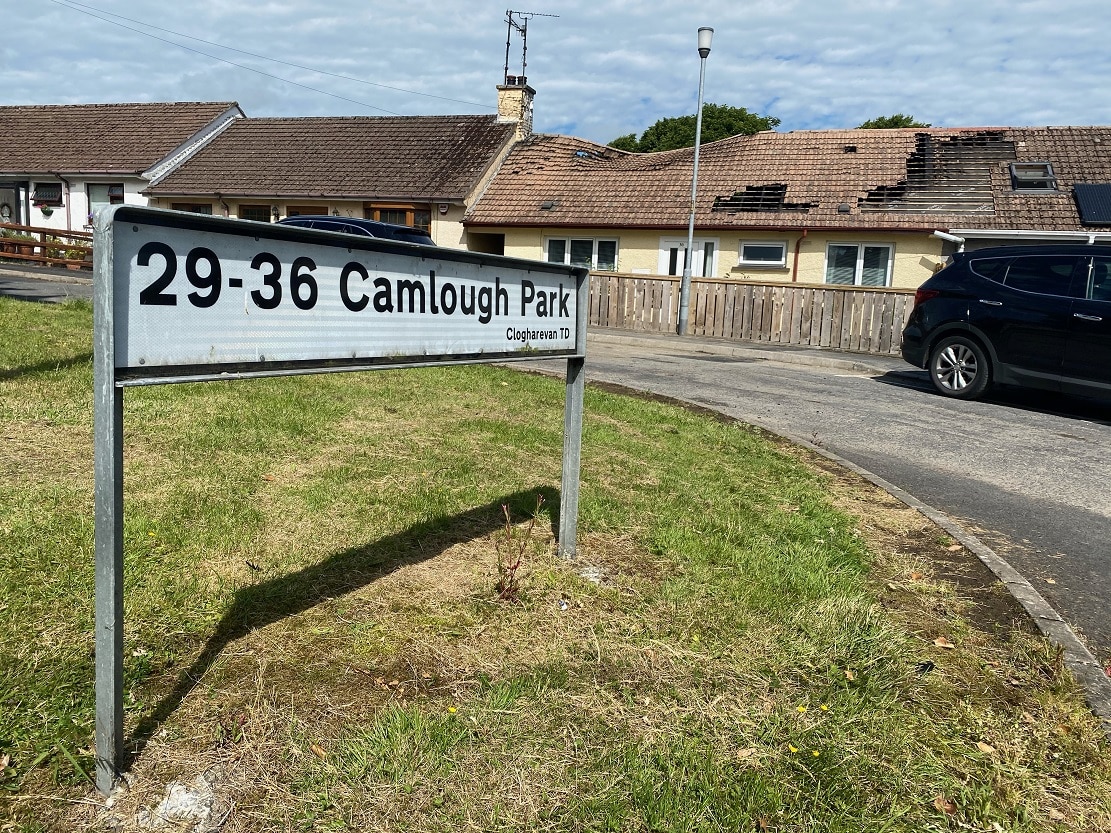 A Bessbrook couple have been left with “only the clothes on their back” after a gas explosion destroyed their home.

The property was engulfed by flames in the Camlough Park area around lunchtime yesterday (Sunday).

Crews from Newry, Warrenpoint, Newtownhamilton and Portadown attended what a NIFRS spokesperson described as “a challenging incident”.

The inferno occurred as a result of two oil tanks rupturing. Other hazards included several gas cylinders involved in the fire exploding.

The blaze was quickly brought under control following the arrival of fire crew’s but unfortunately one property was destroyed and three other properties were damaged by heat and smoke.

One resident was feeling unwell and taken to Daisy Hill Hospital for a check-up and one firefighter was also sent to hospital as a precaution.

At the scene this morning, Housing Executive representatives assessed the damage which had been caused.

Speaking to Armagh I, the spokesperson outlined that the images from the front of the property were the “good side” describing what lay beyond this as a “war zone”.

The couple who lived in the destroyed property were left with “only the clothes on their back” – a half eaten lunch still on the counter top evidence of this.

The Housing Executive stated the the couple, who had lived at the property for a year, had only been putting the finishing touches on what was an “immaculate home”. Speaking to Armagh I at the scene (video below), Sein Féin Councillor Declan Murphy stated: “We are very very fortunate that it is only bricks and mortar, but one family has been left completely homeless.”

The couple are to be placed in temporary accommodation by the Housing Executive, but with nothing to move into this Councillor Murphy the community need to “rally around” the them.

He also gave an update on the resident who was taken to Daisy Hill Hospital, stating that this had been shock not smoke inhalation and he was now recuperating.