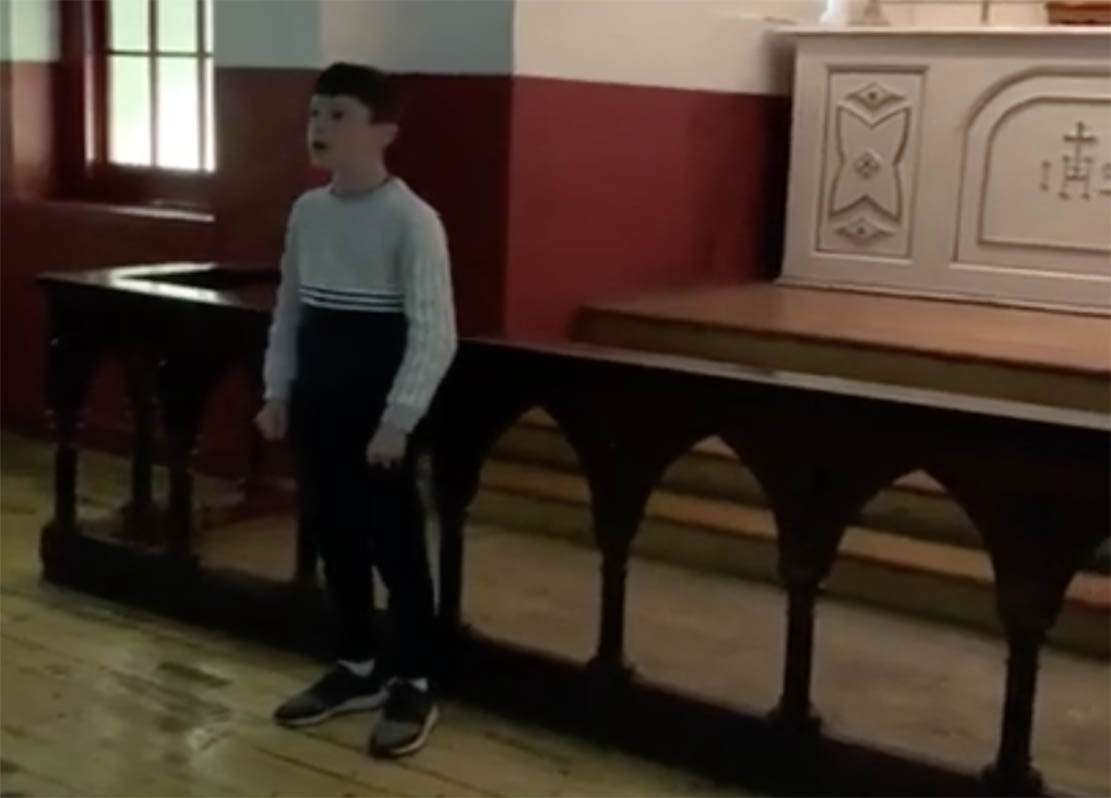 A Bessbrook schoolboy brought the curtain down on his primary school years with a haunting harmony in old Kilmainham Gaol.

James McCann delivered a faultless and breathtaking version of ‘Grace’ during a visit to the Dublin prison.

It was the final end-of-year outing for the P7 pupils of St Joseph’s Primary School, Bessbrook.

And the impromptu performance of Grace made sure it ended on a high note.

Grace Gifford was the sweetheart of Joseph Plunkett, the youngest of the signatories of the Proclamation, who was sentenced to death for his part in the Easter Rising on May 4, 1916.

A few hours before he was executed Grace and Plunkett were married by a priest in the tiny chapel.

They had mere minutes of marriage together, before he was taken outside and shot.

And in the tiny chapel at Kilmainham Gaol – where a plaque in the chapel marks the marriage of Grace Gifford and Joseph Plunkett – the Bessbrook pupil gave his own rendition.

James’ class teacher Philip McGovern said it was a very emotional moment for all concerned.

He told Armagh I that he had said to James jokingly a few weeks ago to practice and he might get to sing it!

Said Philip: “The tour guide very kindly allowed him, but he only sang one verse as time was tight.

“The next tour group were coming in after us.

“James is a fantastic singer and he was the star of his Christmas Show ‘Red Riding Hood’, when he sang ‘This Is Me’ from the Greatest Showman.

“He got a standing ovation and an encore that night.

“It was definitely a very proud moment for me as his teacher to have him sing Grace in Kilmainham Gaol.

“It was very touching and meaningful.”