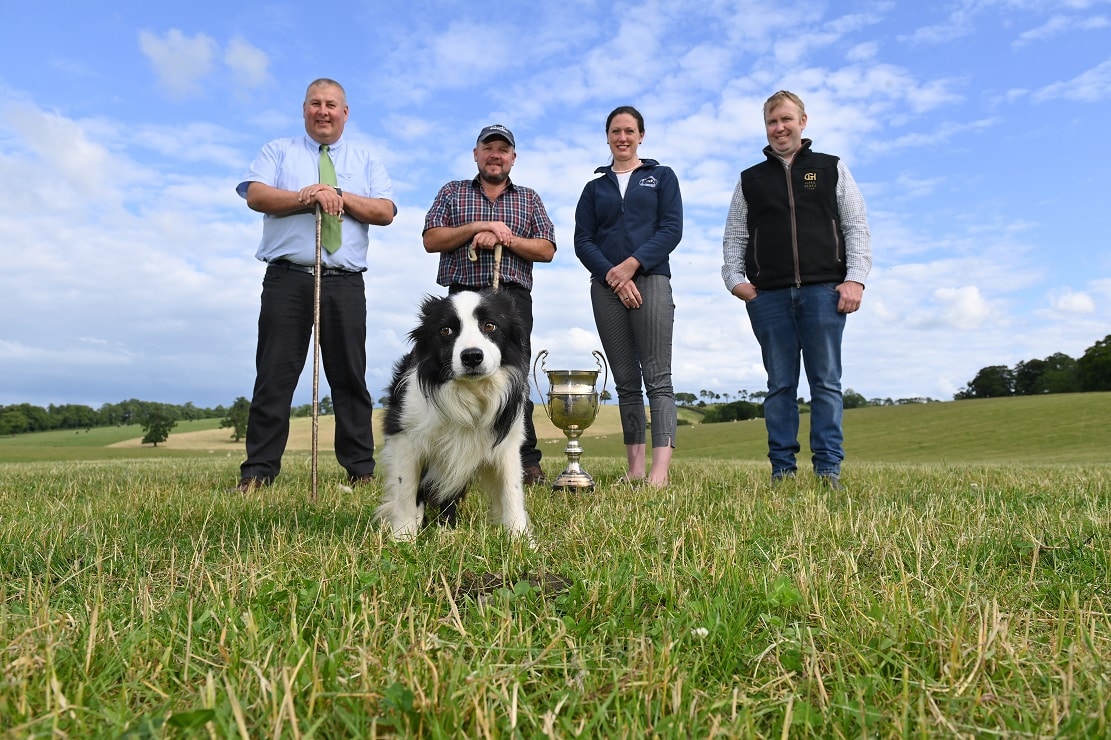 History has been made as the venue is announced for the World Sheepdog Trials 2023, an event which is expected to attract upwards of 50,000 spectators from across the world.

This year, the venue will be none other than the Gill Hall Estate in Dromore, marking the first time that this global event has made it to the shores of Northern Ireland.

This historic event is set to kick off on September 13 2023, running right up to September 16.

240 competitors from over 30 countries will descend on the 500-acre Gill Hall Estate, all hoping to be named as ‘top dog’, with a World Champion to be announced at the end of the four-day event.

Organised by the International Sheep Dog Society, the World Sheepdog Trials is the Olympics of the sheepdog world, taking place every three years.

In 2020, the World Trials were postponed due to the pandemic, therefore the reigning World Champions from the 2017 event, which took place in Hoogwoud, the Netherlands, are Norwegian team, handler, Jaran Knive, and his sheepdog, Gin.

Commenting on the announcement of the venue for the World Sheepdog Trials 2023, Isabel Branch, CEO of the International Sheep Dog Society said: “Gill Hall Farm an incredible venue, with rolling hills and expansive fields that offer the perfect conditions for world-class trials and spectator viewing.

“The reputation of the 2018 International Sheep Dog Trials, hosted at Gill Hall Estate, is that of a fantastic trial for all involved and overall, a resounding success.  This was largely thanks to dedication and commitment from landowners, Bill and James Porter and the Organising Committee.

“The ISDS Council of Trustees are delighted that we can build on the success of the 2018 International and look forward to a much-anticipated World Trial.”

The 240 global competitors who will take part in the 2023 World Sheepdog Trials will be at the top of their game. Over the next 14 months, competing nations will select their competitors and teams to go forward to represent the Nation.

The current Irish National Champion is handler, Peter Morgan with his dog, Mosse, from Castlewellan. They will be vying to retain their title at the Irish National Trials which are taking place next month in Carnlough. “We are so delighted that Northern Ireland will, for the first time, be the host for the 2023 World Sheepdog Trials”, says John McCullough, Chairman of the local organising committee and former Irish President of the International Sheep Dog Society.

He added: “It’s thanks to Bill and James Porter that we are in a position to host the World Trials here for the first time, and in just under 14 months, we’ll be welcoming the global community of sheepdog trialists to Gill Hall Estate, which is set to be an incredible event for all.”

With 50,000 visitors anticipated, it’s predicted that the World Sheepdog Trials 2023 will deliver a significant economic benefit to businesses across Northern Ireland, with many visitors within the sheepdog community already booking extended trips.

Venue host, James Porter, co-owner of Gill Hall Estate said: “We have been farming the Gill Hall Estate since 2010, and without a doubt, one of our most memorable years was hosting the International Sheep Dog Trials in 2018 for competitors from across the UK and Ireland.

“It’s a true privilege to have Gill Hall Estate named as the venue for the World Sheepdog Trials 2023.

“My father and I are honoured to be hosting such a prestigious event at our Estate and we’re hopeful that the ripple effect of the four-day event will extend well beyond the World Sheepdog Trials, benefitting local businesses and accommodation providers across the week and showcasing the incredible sights of Northern Ireland to visitors from across the globe.”

Gill Hall Farm has been kindly made available to the International Sheep Dog Society for the event by Bill and James Porter. Situated just outside Dromore, County Down, Gill Hall Estate is home to several pedigree herds including Old Glenort Angus and Uppermill Shorthorn herds.

Sponsorship is available for the event, as well as Trade and entertainment showcases.

To keep up to date on news and for more information in the lead up to the World Sheepdog Trials 2023, visit www.isds.org.uk