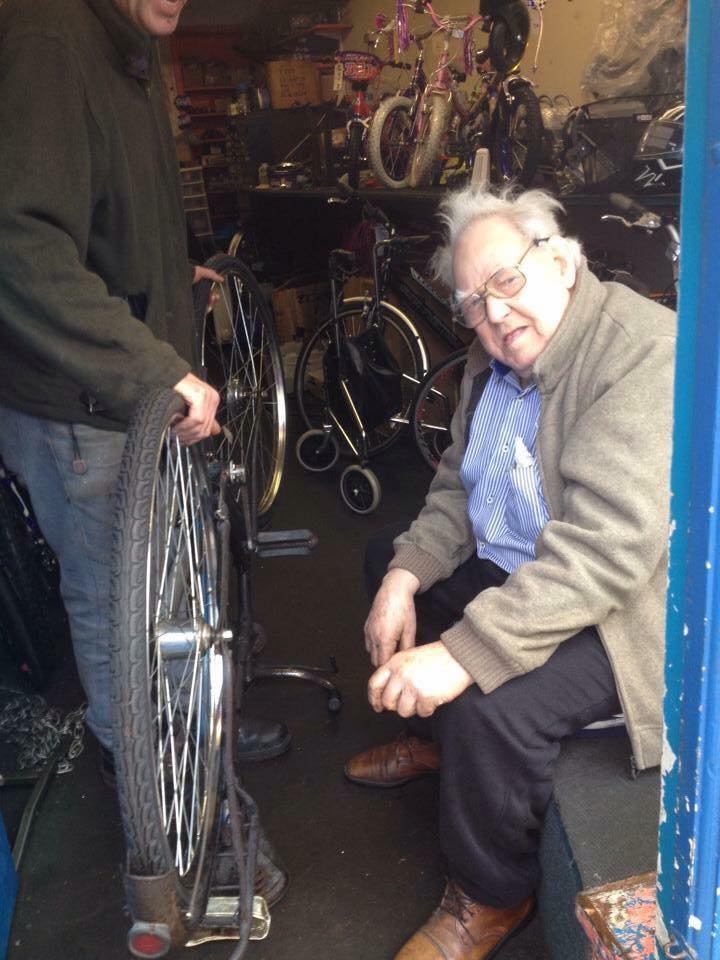 One of Armagh’s most long-serving and highly respected businessmen has died.

Danny McShane, who operated his cycle and repair shop at Ogle Street in the city for many years, passed away this afternoon. The 93-year-old may have been diminutive in stature but was a towering figure in the business life of Armagh.

Indeed, he had been working in his shop up until yesterday (Saturday).

He was one of an ‘old school’ of city centre traders who devoted years of service to the local community.

Danny was a familiar figure to generations of Armagh folk and was never too far away from the shop.

For himself, the chance to chat and enjoy the craic with passersby, customers or not, endeared him to many.

Ogle Street will never be the same with his passing.

Danny was the last of a family of five and was predeceased by his brothers Dermot, Jim and Patsy and sister Mary.

Armagh I would like to extend our heart-felt sympathies to Danny’s family at this time.

Danny will be waked an No. 1 Patricks Fold, Scotch Street, Armagh with his funeral at St Malachy’s, Armagh at 11am tomorrow (Tuesday).