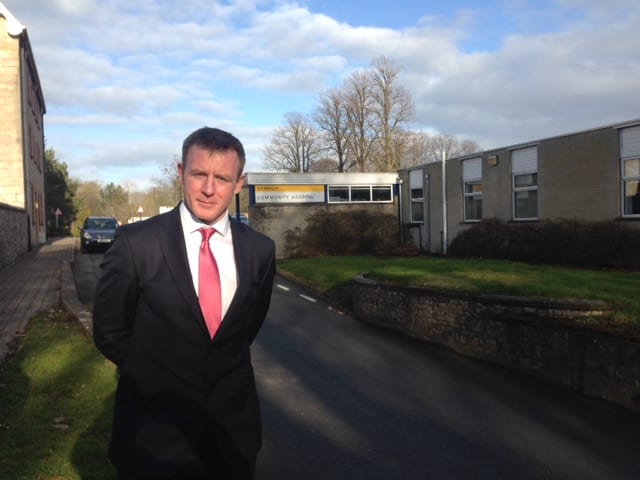 Armagh’s minor injuries unit will not reopen this week after its ‘temporary’ closure last year by the Southern Health Trust.

Instead, Armagh I can reveal that it will remain closed as a public consultation on the future of the facility gets underway, with a decision to be taken on whether or not it will be reopen “later this year”.

But as many have suspected, it seems highly unlikely that it will.

Armagh I can also reveal that the actual minor injuries unit was completely cleared out shortly after its closure in November.

And now questions are being asked over why this was done in the closure, in a bid to make savings, was only ever meant to be temporary. The unit, based at Tower Hill, should have been due to reopen this Tuesday, March 31.

Now the Southern Trust has confirmed its intention is to undertake a public consultation process to decide its future.

The MIU was ‘temporarily’ closed in November as part of plans to save £2.9 million by the end of March this year.

The Trust says it will now liaise with the Health and Social Care Board and the Department of Health, in line with Departmental guidance, with a view to beginning a consultation process before the end of May.

All other services based on the Tower Hill site – including outpatient clinics, radiology and GP out-of-hours – have remained open and continue to operate as normal.

The temporary closure of the unit, which was originally up until the end of March 2015, will therefore be extended and will remain in place until a final decision on the future of the service is made later this year.

Interim chief executive Paula Clarke said: “We have closely monitored the impact of the temporary closure and it is clear that most people who need a service are going to the MIU at South Tyrone Hospital.

“The experienced Emergency Nurse Practitioner staff who worked in the Armagh unit have been based in the Emergency Departments at Daisy Hill and Craigavon Hospitals, helping to manage the increased demand at our main emergency sites.

“It has been important during these busy winter months that our experienced nursing staff are available to treat as many patients as possible in our busiest units.”

The HSCB approved Trust plans to step down a number of services in late 2014 so that funds could be released to “support priority front line services”.

All Trusts implemented a range of contingency proposals to address the difficult financial position, saying they would be minimising as far as possible, any potential negative impact on patient and client care, and at all times putting the safety of patients and clients as our first priority.

The proposed extension of the temporary closure in Armagh has been supported by the HSCB.

Patients who would normally access Armagh MIU are advised to wait to see their own GP, access advice from their community pharmacist, go to the MIU in Dungannon (open 9am – 9pm, Monday to Friday, and 10am – 6pm, Saturday and Sunday) or in an emergency to visit the Emergency Departments in Craigavon or Daisy Hill Hospitals.

But the SDLP’s Justin McNulty believes the move is just a paper exercise and has called for the Southern Trust to “come clean on its plans for the minor injuries unit in Armagh City” and for the “service to be reinstated immediately”.

Mr McNulty said he has written to Paula Clarke and asked her to explain why the facility at Tower Hill was completely cleared out, despite the public being told that the closure was only temporary.

He told Armagh I: “Since November 2014 the minor injuries unit in Armagh City has been closed as the Department of Health and the Southern Trust slashed services to save money.

“At the time both the Southern Trust and the Minister for Health claimed the closure was only temporary, however that simply doesn’t stack up.

“In fact, as soon as the facility was ‘temporarily’ closed it was completely cleared out with all equipment and furniture removed.

“I find this strange to say the least. If the Southern Trust had any intention of reopening the facility then why remove the equipment necessary to run the facility?

“I am being increasingly convinced that the Southern Trust have no intention whatsoever of reopening the facility.  No doubt we will be told that this is all down to budgetary pressures and that the Trust has choices to make.

“Time and time again essential front line health services in Armagh City are being withdrawn and yet we are told this is because the services are not being used.

“I firmly believe the services are not being abused by the local population and they are being punished for only using the minor injuries unit for what it is actually designed for.

“I have serious concerns that the Southern Trust do not intend to reopen the minor injuries service in Armagh.

“This must be fought at every opportunity. This is an essential service for the community in Armagh and it must be reopened immediately.”