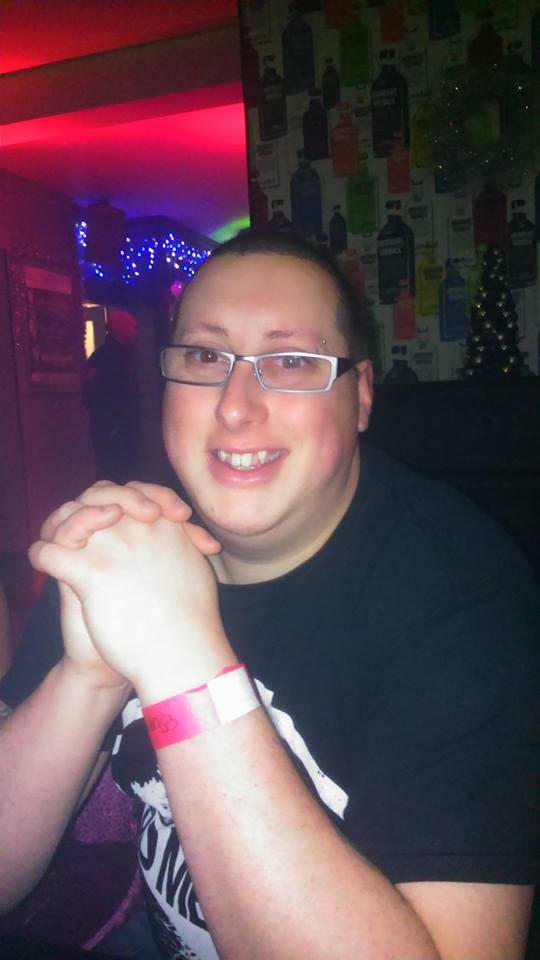 Hundreds are expected at St Mark’s Parish Church in Armagh tomorrow (Thursday) as family and friends prepare to say a final farewell to Mervyn Nicholl, a hugely popular and highly respected young city man who sadly passed away at the weekend.

And it is fitting that donations, in lieu of flowers, are being taken up for TinyLife, the charity for which he had been raising money just hours before his untimely passing.

Friends, colleagues, bandmates and community representatives will come together to show their support to Mervyn’s devastated mother, Frances, his brother Sammy, and the wider family circle.

The family have been taking comfort from the tributes which have been paid, in person and via social media, in the four days since he passed away.

The posts, the words, the comments can only give but a small indication of the huge affection in which Mervyn was held.

The community has been in shock since learning of the death of the 30-year-old at his home at Bridge House on Sunday morning.

A life-long member of Armagh True Blues Flute Band, the band took the decision not to parade at the County Armagh Twelfth of July celebrations in Bessbrook on Monday.

It had been an occasion which Mervyn himself had been looking forward to; just the day before he had collected his uniform and new shoes to take part in the demonstration as he had done so, so many times.

In the days which have followed friends took to wearing T-shirts with the bandsman’s picture emblazoned on them in tribute.

Mervyn – who worked in Johnston’s Bakery – had only turned 30 in May.

But he had made so many friends and influenced so many people during his three decades.

A kind and generous young man, the sense of loss within the Armagh community is almost tangible.

The City of Armagh High School, which Mervyn had attended after leaving the Armstrong Primary, were remembering him with “great affection”.

Johnston’s Bakery and Coffee Shop also took to Facebook to express sadness at the passing of a valued and much-liked employee.

“The management and staff of Johnston’s bakery are shocked and saddened by the sudden passing of our esteemed colleague and loyal friend Mervyn Nicholl,” the Armagh business said. “We extend our sincere condolences to family and friends at this sad time.”

At the Armagh Elim Pentecostal Church there was also a sense of disbelief at the “sad loss of Mervyn”.

The church said: “As a teenager Mervyn came to our youth club and was a much loved quiet wee guy. He always was popular and had friends around him.

“We will be praying for Mervyn’s mother Frances, and his brother Sammy and family who have all had close links to Armagh Elim through the kids’ ministry.”

On Saturday night Mervyn was ‘in his element’, taking part in the band’s annual fundraising parade around the city estates to raise money for charity.

The kind-hearted and caring young man donned his Batman costume to join his bandmates for an evening of fun and fundraising for TinyLife, helping to raise a magnificent £698.98p for the cause.

Friends have been fondly remembering the times they enjoyed in the company of someone who had an infectious smile and a way of endearing himself to others. It was impossible not to like Mervyn – he never had a cross word or judgemental remark for anyone. He valued his friends and they he.

The community is much the poorer for his passing.

The family have been taking comfort from the comments and condolences of friends and strangers alike.

And tomorrow they will join together to say their ‘goodbyes’ at his funeral service in St Mark’s Parish Church.

The service gets underway at 2pm, before Mervyn is laid to rest in Ballynahone Cemetery at Ardmore.